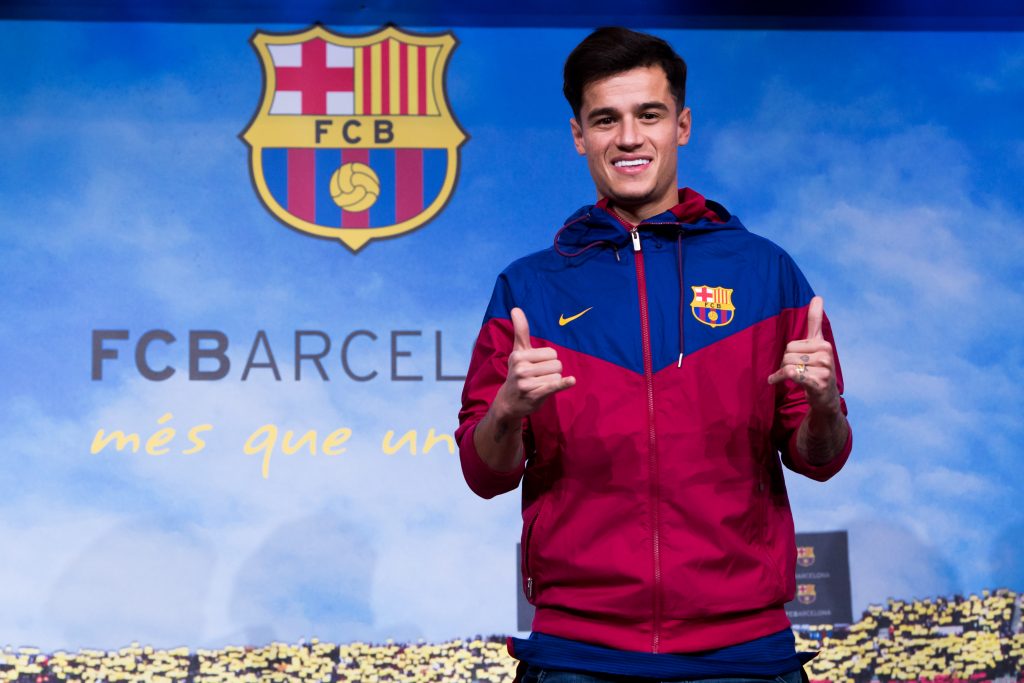 The Brazilian left Liverpool in 2018 for a reported fee of £142m but his spell at the Catalan club has turned into a nightmare.

He has netted just 21 times in 76 games, and Barcelona are now willing to sell him. He was shipped out on loan to Bayern Munich at the start of this season, and the German club had the option to sign him permanently.

Mundo Deportivo have reported that the La Liga club will accept an offer between €80m-€90m (£68m-£76m) for Coutinho.

And earlier this week, the Daily Express reported that Liverpool are interested in bringing their former player back to Anfield. The report claimed that Tottenham Hotspur and Manchester City are also interested in signing the Brazilian.

Liverpool skipper Jordan Henderson feels that there is little chance of the 27-year-old joining the Reds. He says that Liverpool players ‘adore him’, and ‘would love to have him back’, but probably his time has passed.

He also feels that Liverpool are now a better team under Klopp without Coutinho.

“The guys adore him, so if you ask any of them, I am sure they would say they would love to have him back,” said Henderson to The Mirror.

“But I think his time here has passed, he’s moved and I hope that in the near future we see the same Phil that we saw here.”

Coutinho was one of Liverpool’s best players during his six-season spell at the club. He was a key player for the club and was a popular figure among the fans.

The Brazilian would be a superb addition for both the Reds and Spurs, but it is unsure whether either of the clubs would be willing to sign him by paying a hefty fee.