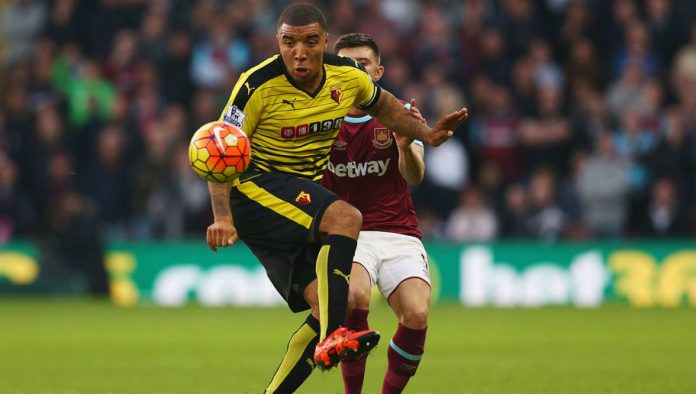 Former Everton defender Joleon Lescott has said that he would love to see Everton making a move for Watford striker Troy Deeney in the January transfer window.

Everton striker Cenk Tosun has managed only one goal in the Premier League this season and has not done enough to convince Lescott that he’s good enough at this level.

The Toffees have bolstered their attacking department in recent transfer windows by signing Theo Walcott, Richarlison, Tosun, and Bernard, but Lescott feels that they still need a top class striker who can fill the void left by Romelu Lukaku.

Everton were heavily linked with a move for Olivier Giroud but he joined Chelsea instead.

Lescott feels that Deeney would be a perfect fit for Everton as he is a proven Premier League striker with a solid goalscoring pedigree.

“I would love to see Everton make a move for Troy Deeney,” said Lescott, as quoted by the Liverpool Echo.

“He is proven in the Premier League and you know exactly what you’re going to get from him every week.

“Deeney would score goals for Everton and make it very difficult for defenders to ever have a moment’s peace.”

Deeney has scored 107 goals in 252 league starts for Watford. He is certainly a very good finisher and a leader on the pitch.

However, Marco Silva may look for young talents and it is doubtful whether Everton would make a move for the 30-year-old striker in the upcoming transfer window.