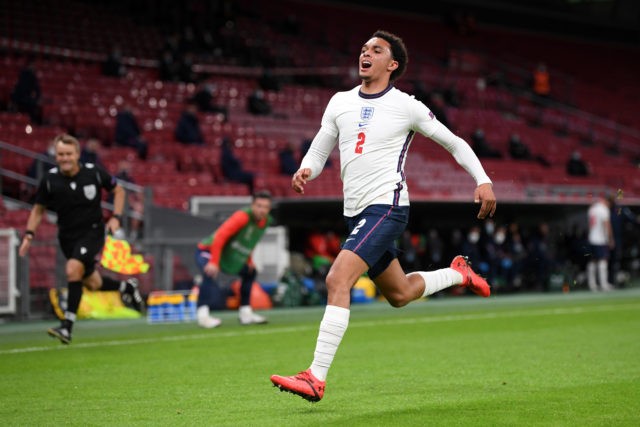 Liverpool right-back Trent Alexander-Arnold is arguably one of the best full-backs in world football at the moment.

The local lad from Liverpool has collected the PFA Young Player of the Year award for 2019/20 after another sparking season for the Reds.

What a player 🔴❤️ https://t.co/KlVpiZCqJ1

The England international featured in every league game as Liverpool won the Premier League title for the 19th time in their history.

Trent also notched up a record-breaking 13 assists for a defender and scored four goals of his own in the process.

He was also named in the PFA Team of the Year along with Liverpool teammates Jordan Henderson, Virgil van Dijk, Andy Robertson and Sadio Mane.