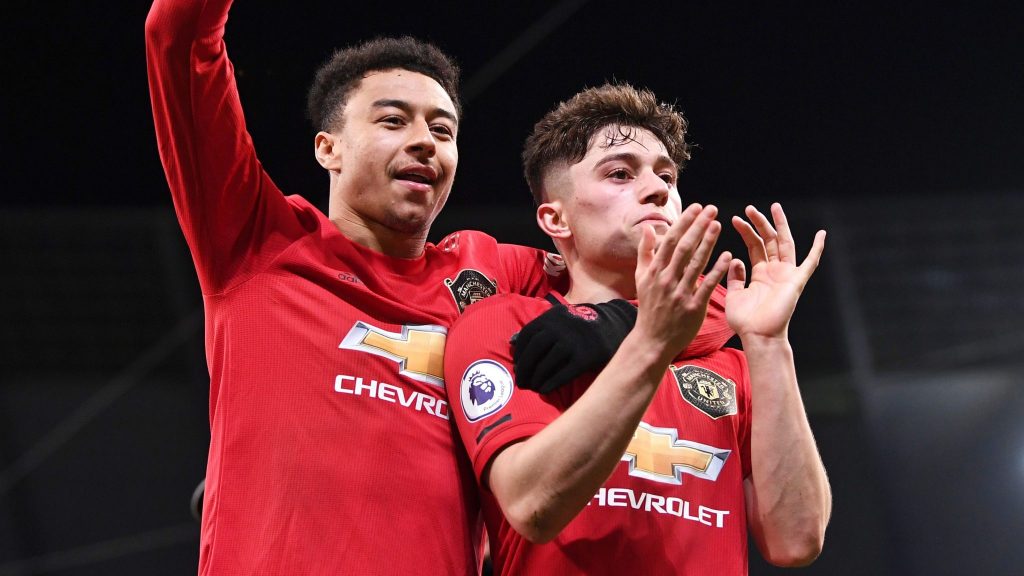 Jesse Lingard had been having a terrible 2019 at Manchester United prior to a few weeks ago. He had no goals or assists in all competitions, resulting in him getting dropped and subsequently losing all his confidence.

However, ever since playing a big part in the mini-comeback against Sheffield United, he’s looked really bright in attack. Lingard recently scored captaining United against FC Astana in the Europa League, while also playing a crucial part in their win in the Manchester Derby.

The former England international is now himself convinced that perhaps the dark days are over and he’s returning to his old self who drives United forward. Lingard recently spoke to Sky Sports on how he’s had a change in attitude resulting in his spark in form.

“I feel good, I feel back to myself, I feel fit, I feel sharp. I love working for the team, I love winning games and playing matches.”

The 27-year-old also agreed that the “Old Jesse” is back firing on all cylinders again, stating that he’s bad to his usual self after a drop in performance levels.

He said, “Yes, he’s back now, he’s back, he is there. People go through dips in form, it’s just about finding the right balance and getting back to your usual self which I have.”

“Of course you’re frustrated when you’re not playing. You’ve still got to have the right attitude and right mentality when you do go on and try to make an impact. I felt like I did against Sheffield United and from there I’ve kicked on.”, he further added.

The crucial derby win against City not only dented their title ambitions, but took United straight into fifth place in the Premier League, five points behind fourth-placed Chelsea.

But Lingard reassures that United are taking it one game at a time and not getting overexcited at the spark in form.

He explained, “We can’t be too overjoyed, we’ve still got the rest of the season to play for. We take each game as it comes, we concentrate on the next game, we don’t want to be thinking about previous wins but obviously you are going to take confidence and happiness from that game.”

The United youth academy graduate also explained how they’re focusing on working harder together to get past the tough times and maintaining some solid momentum going forward.

Lingard reaffirmed, “For us it’s all about working hard, working together and sticking together through the tough times which we have.”

“We’re going to go through dips here and there but it’s about maintaining and keeping that momentum now.”, he further added.

United will face AZ Alkmaar in their final UEFA Europa League game on Thursday looking to wrap up first place in tehir group before heading back to Old Trafford, where they take on Everton on Sunday looking to make it three-in-a-row in the Premier League.