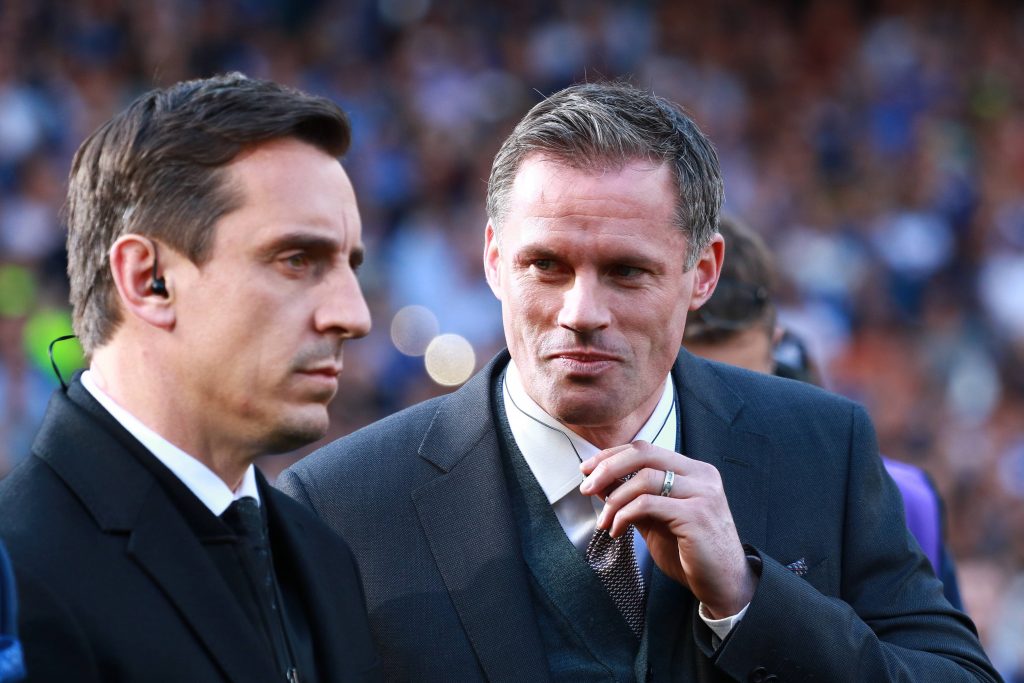 The duo were initially asked to pick the potential champions for the season, and there were no surprises with both going with Manchester City to retain their title.

With the big-money acquisition of Romelu Lukaku, Chelsea are being fancied by many to be the immediate challengers to the Cityzens for the English crown.

Carragher and Neville backed the Blues to finish as runners-up, with Liverpool and Manchester United making up the remaining Champions League places.

When asked about the overachievers for the season, Carragher chose to go with Brighton & Hove Albion, who has made a 100 percent start to the campaign.

The Seagulls were among the top 10 in terms of chance creation last term, but their lack of consistent finishing meant they finished only 16th.

Neville had a different view. The Manchester United legend believes Rafael Benitez will get the best out of Everton, who could finish fifth or sixth.

Carragher does not feel that United will challenge for the title despite the purchase of Raphael Varane and Jadon Sancho and believes they may end up finishing fourth.

Arsenal have made a poor start with back-to-back losses. While they have a talented group of young players, Neville feels they may underachieve with the lack of senior leadership.

Mohamed Salah has won the Golden Boot on two occasions. He has already got onto the score sheet this term, and he is Carragher’s pick to finish as the top scorer.

Neville was undecided among Salah, Lukaku and Harry Kane. He finally chose to go with Lukaku, who had a sublime second debut with a goal in just 15 minutes.

Emile Smith Rowe has been one of the bright sparks for the Gunners this year, and Carragher has admitted that he is a huge fan of the 21-year-old.

Neville chose to go with Kai Havertz, who finished last season with the Champions League-winning goal. Neville feels the German could be a great player in years to come.

Both Carragher and Neville went with United players. Carragher said that Jadon Sancho could be the player to watch with his impressive goal contributions from out wide.

Neville went with fellow new signing Raphael Varane. He is intrigued to see how the World Cup winner links up with Harry Maguire and Paul Pogba.