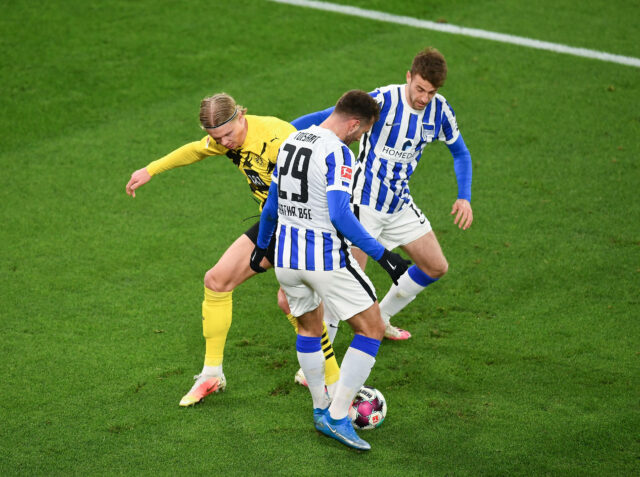 Popular football pundit Jamie Carragher has suggested on Sky Sports that he would sign Erling Braut Haaland instead of Kylian Mbappe for Liverpool.

On Monday Night Football, Carragher was asked whom he would sign for Liverpool if he were the Reds owner. The Sky Sports pundit said he would sign Haaland for the Reds.

🗣 "There's something about Haaland he looks mad" 😅

@Carra23 would sign Erling Haaland over Mbappe for Liverpool if he was Liverpool owner pic.twitter.com/rxDxL2oBBw

Townsend suggested that Liverpool do have two quality forwards in Roberto Firmino and Diogo Jota, but they need a quality striker to take the club forward after a disappointing campaign.

Haaland is one of the most sought-after players in the world at the moment, with several top clubs in Europe vying for his signature.

The 20-year-old, who dazzled for Borussia Dortmund last season, has bagged 23 goals for the German club in all competitions this season.

He also has been prolific in the Champions League, producing a top-class performance against Sevilla in the round of 16.

Liverpool are likely to rebuild their squad next summer, and it will be interesting to see if they sell any one of their front three to raise funds for Haaland, who won’t be available on the cheap.

Klopp can use his contacts at Dortmund to prise Haaland away, but it will be tough for Liverpool to convince him to join if they miss out on a Champions League spot next season.

In other news, Liverpool are looking to offload Divock Origi in the summer transfer window.