India
Home News is it time to bench jamie carragher 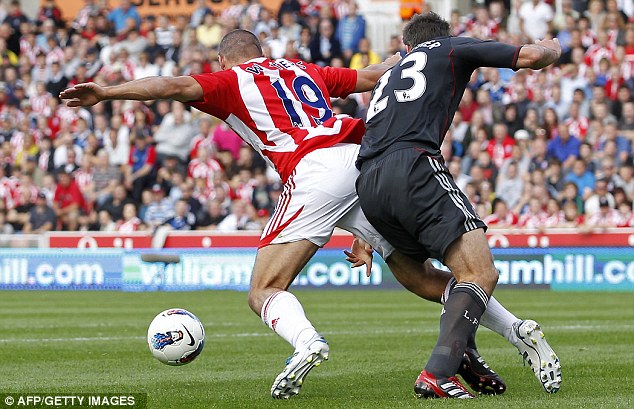 Carragher without a doubt has been one of the most reliable and consistent players for Liverpool over the past decade. The veteran defender even now is brilliant with his abilities, however the major concern is that with his age the errors are increasing as well. The team did everything but score against Stoke and for worst they conceded which lead Liverpool to suffer first defeat of the season. The referee is to be blamed for certain wrong decisions but he was dead right to award the penalty. Many may disagree and argue, but the fact is that Carragher has to be blamed for that.

Although Carra performed the defensive duties well in all 4 league games but it only takes one error to ruin the entire stats and change the outcome of a game. For now the stats indicate that he is responsible for 2 out of 3 goals Liverpool have conceded in the league.

First against Bolton where under no pressure and out of nothing his bizarre mistake cost Liverpool a clean sheet. With all the experience, he could and should have easily cleared the ball but instead made a complete mess of it and gifted the goal.

Now against Stoke City, Carra was caught out via a looped ball provided by Pennant, Walters easily skipped away from the Liverpool skipper who not so wisely draped an arm around the striker and dragged him down. Jamie has his thoughts:

“At the time I thought their penalty was harsh. I haven’t seen it again and will need to have a look before I make a judgement. It might have been or it might not have been.”

Well, both the players were pushing and shoving but Carragher made the most of it to pull Walters down being behind him and not near the ball. So whatever judgment he comes up with, the penalty decision was quite fair.

The above given information is reality and nothing personal about it. It will be a crime to say that Skrtel, Agger or Coates are better than him but soon they might just be the better option. Carragher’s positioning, tackling and leadership are effective as ever but the diminishing pace and reflexes are the negatives that will outweigh the positives soon and hinder Liverpool’s performance.

Carra’s desire is to play for as long as he can and none can blame him. He is a legendary figure and fans love to see him play but again he must start less and less as the time goes by. On the other hand they have quality young talent raring to go, who can learn a lot from him to lead the defensive lineup for Liverpool.

The defense woes over the past few seasons halted the rise of Liverpool Football Club. The future seems bright having signed Enrique and Coates but the question for now is about this season. The competition for starting positions is high and having quality depth means under-performing leads to bench. Next up is the fixture against Tottenham.

In your opinion, should Kenny bench the acting captain Carragher and play Coates?