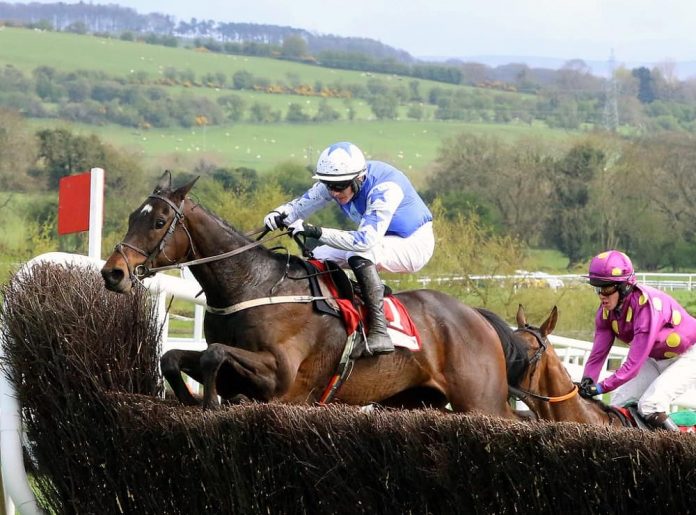 The feature race at Leopardstown on a stellar Saturday, 5 February card is the Irish Gold Cup over an extended 3m (3:15). As the last of four Grade 1s on the card, it should prove instructive for Cheltenham. When giving their Irish Gold Cup tips this year, SportsLens experts have three popular steeplechasers prominent in the market to consider.

It’s been a decade since a horse racing favourite last won this race. Will that trend stop this time around? Recent stats say five of the last eight Irish Gold Cup winners were nine-year-olds and/or previous course and distance victors. Leopardstown form is key, and that was the case before the creation of the Dublin Racing Festival too.

Lightly-raced horses without a busy campaign enjoy success here. All eight most recent winners came to the race off one or two runs. Six of those competed over Christmas in the Savills Chase. This key Emerald Isle trial looks sure to shape the Cheltenham Gold Cup betting further too. Five of the last six Irish Gold Cup winners had an official rating of 160+, meanwhile.

In a field of this year’s calibre, only one of the top staying steeplechasers in training should be good enough to win it. Now we know what the trends and statistics say, what about the market on horse racing betting sites and our experts’ Irish Gold Cup tips? Get the lowdown from Leopardstown right here…

Irish Gold Cup Preview – Why Kemboy is a Fancy

The obvious place to start is last year’s winner Kemboy. One of four engaged for trainer Willie Mullins, who has a record 11 victories in this race, this now 10-year-old probably has the Irish Gold Cup as his primary target. Traders on the best betting sites know this only too well. A gelding by Voix Du Nord, Kemboy has track figures of 2142213. In other words, here’s always there or thereabouts at Leopardstown.

As one of only two course and distance winners in the line-up, Kemboy is of obvious interest to punters here. After chasing home A Plus Tard in last season’s Savills Chase, he went one better in this 12 months ago. Kemboy simply doesn’t act at Cheltenham, so discount his runs there.

Either the John Durkan trip was too sharp for him or he badly needed the run at Punchestown on reappearance. Kemboy shaped in much better fashion in the here last time out. He was a close-up third behind leading Cheltenham betting contenders Galvin and A Plus Tard, and beaten by less than a length.

The front three pulled clear of remainder, including re-opposing duo Janidil and Delta Work. Although only officially the third best horse in the race, this is Kemboy’s Gold Cup – pun intended. On his excellent course record, he looks great value and among Irish Gold Cup tips again at 5/2 with LiveScore Bet to retain his crown.

Bet on Kemboy in the Irish Gold Cup at LiveScore Bet

British champion trainer Paul Nicholls landed this race with Neptune Collonges back in 2009 and beloved Ditcheat inmate Frodon won on his last trip to the Emerald Isle. Also now 10, this Nickname gelding beat subsequent Savills Chase scorer Galvin in the Down Royal Champion Chase on his return to action in October.

Frodon reversed Cheltenham Gold Cup form with re-opposing rival Minella Indo on this occasion. Unlike last season, however, he couldn’t win the King George at Kempton on Boxing Day. Both Frodon and Minella Indo battled each other for the lead, leading to the less than flattering racing cliché of cutting each other’s throats.

When allowed his own way out in front, however, Frodon can be a tough horse to peg back. The presence of four Mullins mounts in the Irish Gold Cup field is a potential problem, though. There may be tactics involved with half the runners hailing from the same stable. Rank outsider Cilaos Emery could go on and act as a spoiler.

Anything Nicholls sends across the Irish Sea commands respect, though. Frodon will have plenty of supporters here, especially as he doesn’t feature among Cheltenham odds this year with other races in mind for connections. That is why he is also prominent in the Irish Gold Cup betting at 5/2 with Bet365.

Bet on Frodon for the Irish Gold Cup with Bet365

Minella Indo has Point to Prove

Although Cheltenham results show he won last season’s big one, Minella Indo has run well below that either side of his blue riband success. Trained by Henry de Bromhead, this nine-year-old Beat Hollow gelding hasn’t had much luck around Leopardstown. Minella Indo fell at the eighth fence in last season’s Savills Chase, then was only fourth in this 12 months ago.

He was a beaten favourite at Down Royal on reappearance and then pulled-up in the King George last time out. Minella Indo clearly has talent but hasn’t put a string of winning competitive races together since 2019 now. Rachael Blackmore isn’t on board him in the Irish Gold Cup either with Robbie Power taking the ride instead. He’s yet to have a winner since returning to the saddle at the time of writing.

Minella Indo is well clear of the field on official ratings but that alone doesn’t tell the full story. He needs to prove he can act at Leopardstown as well as he does around the undulations of Cheltenham. While a better showing would be no surprise, it explains why William Hill go a standout 7/2 about Minella Indo here.

Back Minella Indo in the Irish Gold Cup with William Hill

Questions for Rest of Runners

A left-handed track like this doesn’t suit supposed Mullins second string Asterion Forlonge. Owned by Joe and Marie Donnelly, this eight-year-old son of Coastal Path has a nasty habit of jumping out to his right and two recent tumbles on his CV. Asterion Forlonge is a mount not for faint-hearted jockeys and took a heavy fall in the King George last time out. He’s not among Irish Gold Cup tips at a plenty short enough 5/1.

It is 14/1 bar those four, so that suggests a major upset looks unlikely. Aforementioned pair Janidil and Delta Work were down the field in the Savills Chase last time. The former, yet another trained by Mullins, didn’t seem to get the trip and looks better suited by two-and-a-half miles.

Delta Work landed the Irish Gold Cup two years ago but hasn’t kicked on since. He’s not among Cheltenham tips for the Festival this year either with trainer Gordon Elliott on the comeback trail with him. First-time cheekpieces go on Delta Work, but Gigginstown House Stud’s main runner may need more than that to sharpen him up.

The same owners and trainer also have Conflated pitched into some pretty deep water. He won a graded handicap at Navan last time out and has a hike in the weights for it. Conflated seems to be running in the Irish Gold Cup to prove to the assessor that there has been an overreaction to his decisive Foxrock success.