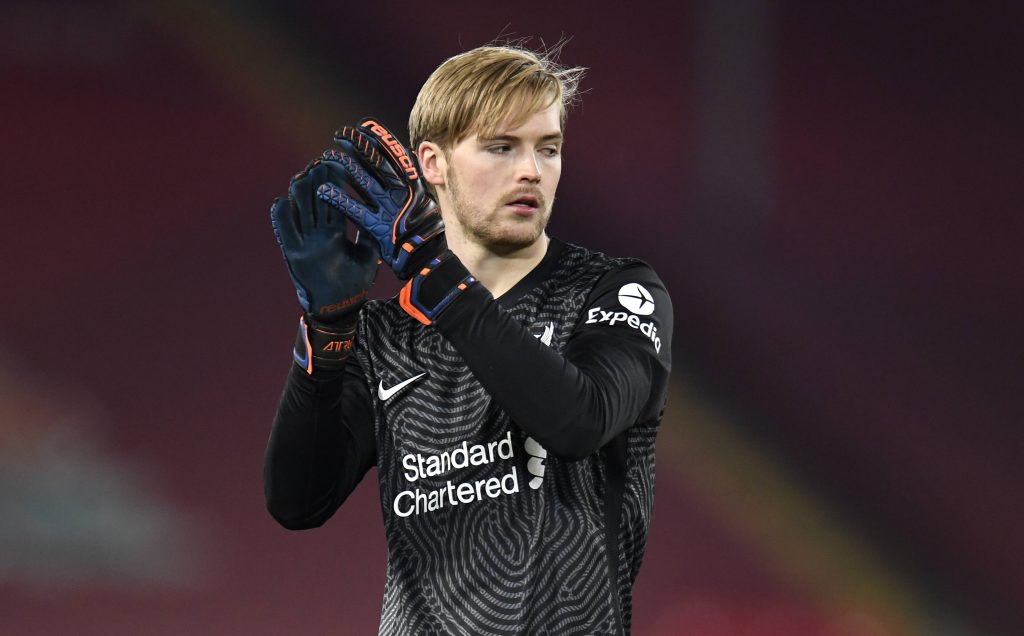 Ipswich Town are interested in signing Liverpool goalkeeper Caoimhin Kelleher, according to a report by TWTD.

The report added that the Tractor Boys are keen to lure the 22-year-old on loan while offloading Tomas Holy and Dai Cornell.

He made two Premier League appearances last season and showed that he has the potential to play in the top-flight.

Kelleher has now made nine appearances for the Reds, including two in the Premier League and two in the Champions League.

His experience of having already played at the highest level combined with his potential should make him an attractive option for many clubs.

Ipswich finished ninth in League One last season, and there is little doubt that they will be aiming to challenge for promotion next time around.

A loan move for Kelleher would suit both the player and Liverpool. He needs to acquire more experience before he can challenge Alisson for the goalkeeping position at Anfield.

However, Kelleher’s development would be better served if he goes to a Championship club on loan rather than one in the third tier.