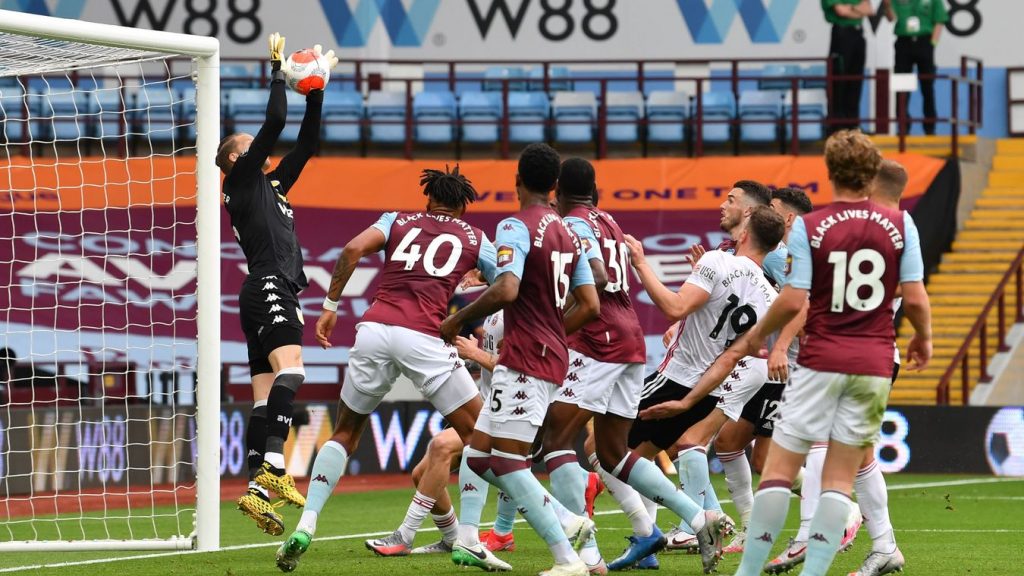 Former Aston Villa star Ian Taylor has now given his reaction to the club’s draw against Sheffield United last night.

Dean Smith’s men were held to a 0-0 draw and they will be relieved to have come away with a point from that game.

Such a weird feeling today. Boy, we got away with one but thought we did ok under the circumstances and had the better chances. All about who can play best in these conditions but 9 more cup finals to go. #UTV 💜💙 pic.twitter.com/KEEmf9tlaI

Sheffield United could have easily won the game in not for refereeing incompetence. The away side managed to score in the first half and although the ball had crossed the line, the goal wasn’t given.

Nyland caught Oliver Norwood’s freekick and stumbled back over the goal line. Despite the appeals, the referee chose to deny Sheffield their goal.

Chris Wilder will be disappointed with the result as the win would have boosted his side’s chances to make it to Europe next season.

Sheffield United are sixth with 44 points right now, four points behind fourth-placed Chelsea and one point behind fifth-placed Manchester United.

Meanwhile, Aston Villa stay 19th in the table after 29 games with just 26 points.

Dean Smith’s men will require a lot of improvement to beat the drop this season. They were the better team in the first half against Sheffield but they failed to convert their possession into chances.