Echoing with my Europe’s Most Expensive Benchwarmers article, this week the Daily Mail thought about taking a look at the added values of players selected on the substitute bench, for last week-end’s English Premier League matches. Or, in other words: “How expensive was your team’s bench at the weekend”? The results are pretty frightening.

According to the Mail, “players who cost their clubs a total of £300.5m (â‚¬416m) in fees â€”including 58 internationalsâ€” were on the bench in last weekend’s 10 top-flight games. Shivering stuff. And those figures do not take into account Bosman free transfers or the value of players developed by a club’s youth system!! 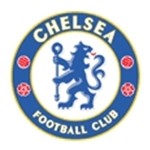 The Mail‘s article points the spotlight to Sunderland’s Craig Gordon (tagged as the “most expensive goalkeeper in Britain” with his £9million (â‚¬12.4m) transfer), who was named among the substitutes for the game against Derby. Meanwhile the combined cost of Chelsea‘s replacements for the visit of West Ham reached a huge £67.6m (â‚¬93.6m) (that’s Sheva (£30m), Wright-Phillips (£21m), and Makelele (16.6m)… Hilario and Ben Haim were bought on a free transfer).

Second in the rankings we find Liverpool, who totalled £37.5m (â‚¬52m) with their superstar benchees Javier Mascherano and Ryan Babel, while completing the podium, none other than Manchester United (£34m, or â‚¬48m, with their Michael Carricks and Louis Sahas). Reading were the only club without an international among their subsititutes, while Bolton were the only club whose replacements did not cost a transfer fee.

The Mail‘s article concludes on a nostalgic note: “How times have changed. In the first season of the Premier League (when only three subs were permitted), the bench at most clubs was populated by a combination of young emerging players, journeymen pros and and cheap squad players â€” with the occasional big-money signing returning to full fitness. These days it is not uncommon for a former European Footballer of the year, World Cup winner or Britain’s most expensive teenager to be on the sidelines“.