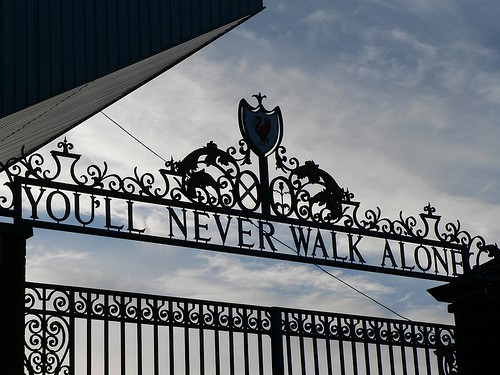 There was widespread optimism around Anfield at the end of the season. “King” Kenny Dalglish had returned as manager, masterminding a resurgence that saw Liverpool narrowly miss out on European football. New owners FSG seem to be owners with Liverpool’s interests at heart after the shambles of an affair that was the ownership of Tom Hicks and George Gillett. The much-touted rebuilding of the playing squad was an exciting prospect with a substantial amount of money to spend.

However, following the Reds’ capture of £20 million midfielder Jordan Henderson proving extremely controversial given his relative inexperience in the Premier League, there is concern that Dalglish’s transfer policy, supported by director of football Damien Comolli and owners FSG, is severely flawed.

The signings of Andy Carroll and Henderson indicate that the Reds are serious about their rebuilding project and see no reason to waste time, especially after the dragging-out of the Luis Suarez transfer, when players become available. However, Dalglish and Comolli seem to be focussing on what is a limited area of genuine talent, while what should be their positional priorities are not the first to be filled.

When John Henry and Tom Werner installed themselves as chairmen last year, they were immediately struck by the lack of depth and quality in the playing squad, and drew up a new transfer policy. No longer would unnecessary money be spent on older players not up to the hustle and bustle of the Premier League, such as Christian Poulsen and Milan Jovanovic (reportedly on a staggering £120,000 a week). Instead, young, preferably British talent became the priority, with FSG placing its financial muscle firmly behind Dalglish and Comolli.

Needing a centre-half, left-back and at least one fast, creative winger, Liverpool at first seemed to have an eye on top-quality young Europeans, with Fabio Coentrao and Eden Hazard on the radar. However, they are no longer available and, having been pipped by rivals Manchester United to the signatures of Phil Jones and (probably) Ashley Young,the targets remaining are unconvincing to say the least.

Scott Dann, though solid and dependable, has never set the world alight as a defender, with Stewart Downing inconsistent as a winger. Connor Wickham is a £10 million rated Ipswich striker similar to Andy Carroll, who has never played in the Premier League, while Charlie Adam inexplicably remains on Liverpool’s radar despite their increasingly packed centre-midfield, with Steven Gerrard, Lucas, Jay Spearing, Henderson, Poulsen, Raul Meireles, Jonjo Shelvey and the returning Alberto Aquilani all jostling for two places.

In addition, the transfer fees for any of those players would be exorbitant given the general overpricing of British players.

Generally, Liverpool are making do with what they can get, but the effect is that they appear to be building a squad of astonishing mediocrity for vast sums of money. Yes, Henderson and Carroll have potential, but money doesn’t buy potential, and Dann and Downing can hardly be described as the missing links in a potentially title-winning side. The signing of Newcastle left-back Jose Enrique should be tied up as soon as possible for relatively little money given that he only has a year left on his contract. Casting the net wider would also increase Liverpool’s options.

The management has had first-hand experience of the freshness and creativity foreign players can bring in the shape of Suarez. Comolli needs to return to Europe, at least as far as wingers are concerned. Jeffren of Barcelona has been touted as a possible signing – while he might be derided as a Barca reject, products of their academy tend to be quite good, as Cesc Fabregas has shown. Juan Mata of Valencia would also fit the bill as a pacy, tricky marquee signing of a winger. However, as tends to be the case, top players want European football, and Liverpool have none to offer them.

Ultimately, those big signings may have to wait until those famous Anfield European nights return.