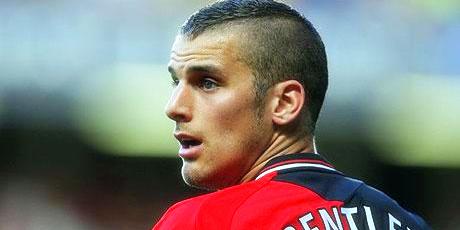 Queens Park Rangers manager Harry Redknapp is looking to raid on his former club Tottenham with the signings of David Bentley, Jermaine Jenas and Andros Townsend before the January transfer window closes today.

Redknapp has already signed Loic Remy, Tal Bel Haim and Yun Suk-Young. He has addressed the importance of buying new faces to bolster the squad before the window closes as QPR are struggling at rock bottom in the Premier League table, four points from safety.

Bentley joined Spurs from Blackburn Rovers in 2008 for a reported fee of £15 million and his deal will expire in the summer of 2014.

The 28-year-old has been plying his trade in the Russian Premier League with FC Rostov on loan from Spurs and his capture would surely raise eyebrows, given his unsavoury relationship with Harry Redknapp in the past.

Though, the veteran manager has always praised his creativity but he couldn’t find a place for the England winger during his time at Spurs and sent him on loan to Birmingham City and West Ham.

Jenas, 29, is out on loan to the English Championship club Nottingham Forest and doesn’t have any future under Andre Villas-Boas at White Hart Lane, while young winger Townsend is wanted on loan for the rest of the season.

QPR are closing in to sign Anzhi Makhachkala central defender Christopher Samba for a club record fee, thought be in the region of £12.5 million with wage package of £100,000 after the London club triggered his release clause with the striker keen to reunite with his family in England.

QPR will also resume talks with Stoke City over the purchase of tall, lanky striker Peter Crouch who played under Redknapp for three different clubs – Southampton, Tottenham and Portsmouth – though agreeing a fee for the 32-year-old could be the real thorny issue here.

The club has already loaned out Anton Ferdinand to Super Lig club Bursaspor and further departures are expected today with the forward DJ Campbell likely to join Hull City and Alejandro Faurlín on the verge of sealing a loan move to Palermo until the end of the season.