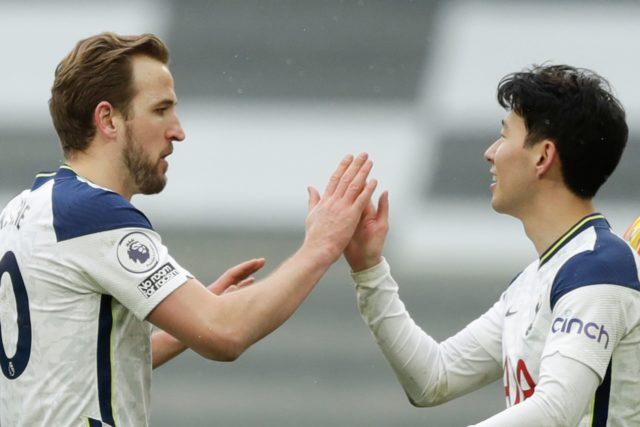 Kane has told Sky Sports that he shares a good understanding with the South Korean attacker and that he has got a ‘good football brain’ like him.

The duo has formed a solid partnership this season on the pitch, and they both have been simply superb this season.

The England striker told Sky Sports: “We just have a good understanding. We both have a good football brain in general in terms of making decisions and where we want each other to play and be when one of us has got the ball.”

SL View – will Kane and Son stay beyond the summer?

Kane has been outstanding for Spurs this season, scoring 21 goals with 13 assists in 30 Premier League matches.

He has also bagged three goals and two assists in the Europa League.

However, doubts remain about whether he will stay at the club beyond the summer, especially if Spurs fail to secure a Premier League top-four spot.

Kane still has got three years left on his current deal, and it will not be easy to lure him away from the north London club.

Likewise, Son could also ask for a move away from the club. The 28-year-old has netted 15 goals with nine assists in 32 Premier League matches this season.

However, he is yet to sign a new contract, and the club will be desperate to resolve his future this summer.

In other news, check out the Premier League week 34 preview.