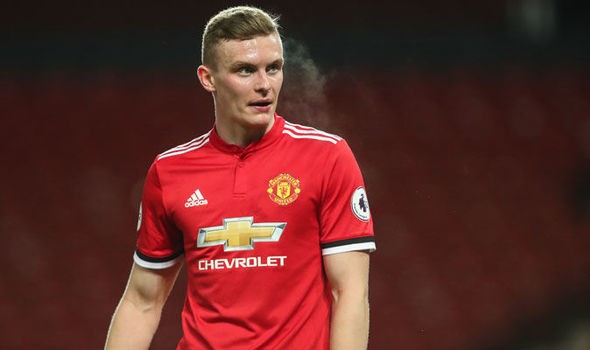 Manchester United confirmed Ethan Hamilton signed a new deal on Wednesday, but the young midfielder may not stick around for the long-term given the difficult task he has to make in into the first-team. Hamilton is 19 years of age and a defensive midfielder who is adept at turning over possession and covering every blade of grass on the pitch.

The teenager would provide steel to the engine room but there’s a lot of competition in the senior squad in he was ever to make the transition from youth football – Scott McTominay, Marouane Fellaini, Paul Pogba, Ander Herrera, Fred and Nemanja Matic. It’s hard to see how Hamilton will ever edge his way ahead of the competition, but he may take some hope from McTominay’s success.

The fellow Scotland midfielder broke through last season and racked up 13 Premier League appearances. He kept Pogba out of the side for a brief period and could remain in and around the first-team this coming campaign. McTominay has a similar skill-set to Hamilton, so the latter does have a glimmer of hope of make the eventual progression. It all depends on his development in the years to come.

Hamilton will be in the u23s for the foreseeable future but he’s currently on tour with many of the first-team for pre-season. If he can impress, manager Jose Mourinho might consider handing him his first-team debut in 2018/19.  A loan move might be the best way to guarantee him competitive game time, however, as reserve football may not boost his development enough.