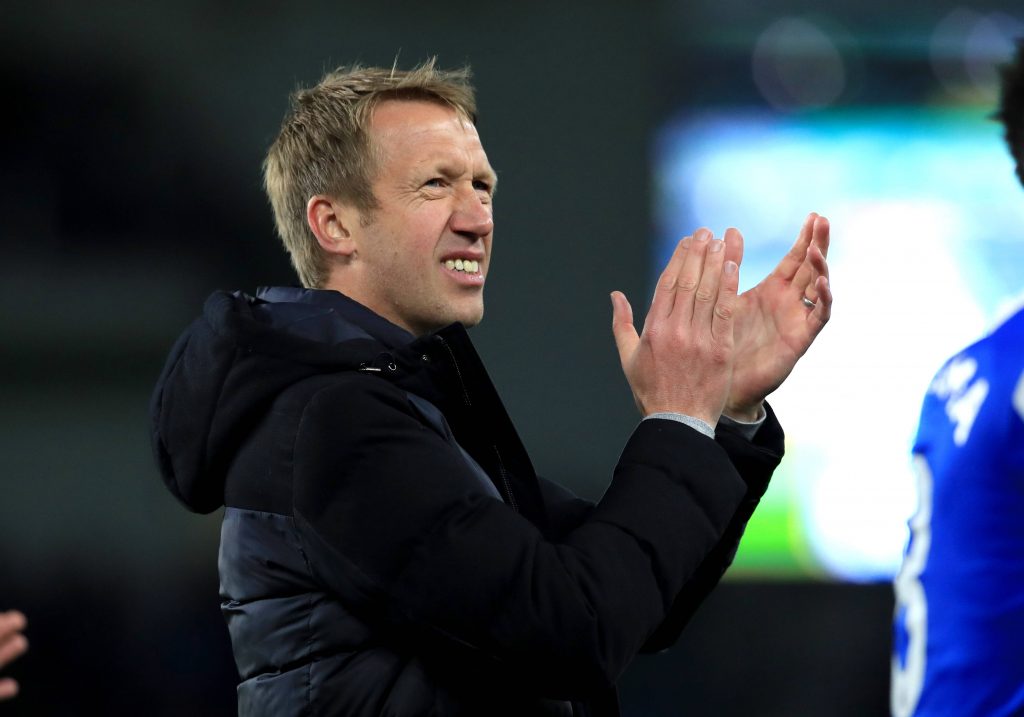 While the English top-flight champions played with a man less for 80 minutes after Joao Cancelo was sent off, they headed into the break with a 1-0 lead and doubled their advantage three minutes into the second half.

Not many teams can come from behind to win 3-2 against City despite a man advantage, and manager Graham Potter would have been proud of his side.

Spurs want a quality boss to succeed Jose Mourinho, and The Athletic claims that the Brighton boss, Erik ten Hag, Ralf Rangnick and Roberto Martinez are the four candidates currently in the running for the job.

Some Tottenham players reportedly would back a move for Potter as his style of play has left a lasting impression on them, and he has proven why he is the perfect tactician to replace Mourinho following his masterclass against City.

The Seagulls are only behind Guardiola’s side, Chelsea and Liverpool in the Premier League expected goals (xG) table, and having quality finishers in their ranks would have seen them finish comfortably in the top half of the log this term.

Brighton have scored 3 goals from an xG of 1.05 so far vs. Manchester City.

Harry Kane and Heung-min Son are two of the top finishers in the land as evident in the number of goal involvements they have had this term.

They would have most likely fired Spurs to a comfortable top-four finish and been involved in more goals playing under a style similar to Potter’s.

The current Man City squad are arguably capable of winning the title under the guidance of the Brighton manager, and Tottenham should go for England’s very own version of Guardiola if they want results and attractive football going forward.

The former Swansea City boss won three promotions and the Swedish Cup with Ostersund, leading them to the 2017-18 Europa League knockout stage, and he has the potential to become a Premier League-winning boss.

Guardiola sees it, he continues to prove it with an average squad and Spurs have to pull out all the stops to lure him to north London this summer if they want to start winning silverware anytime soon.

In other news, Spurs are reportedly in talks with Serie A boss.