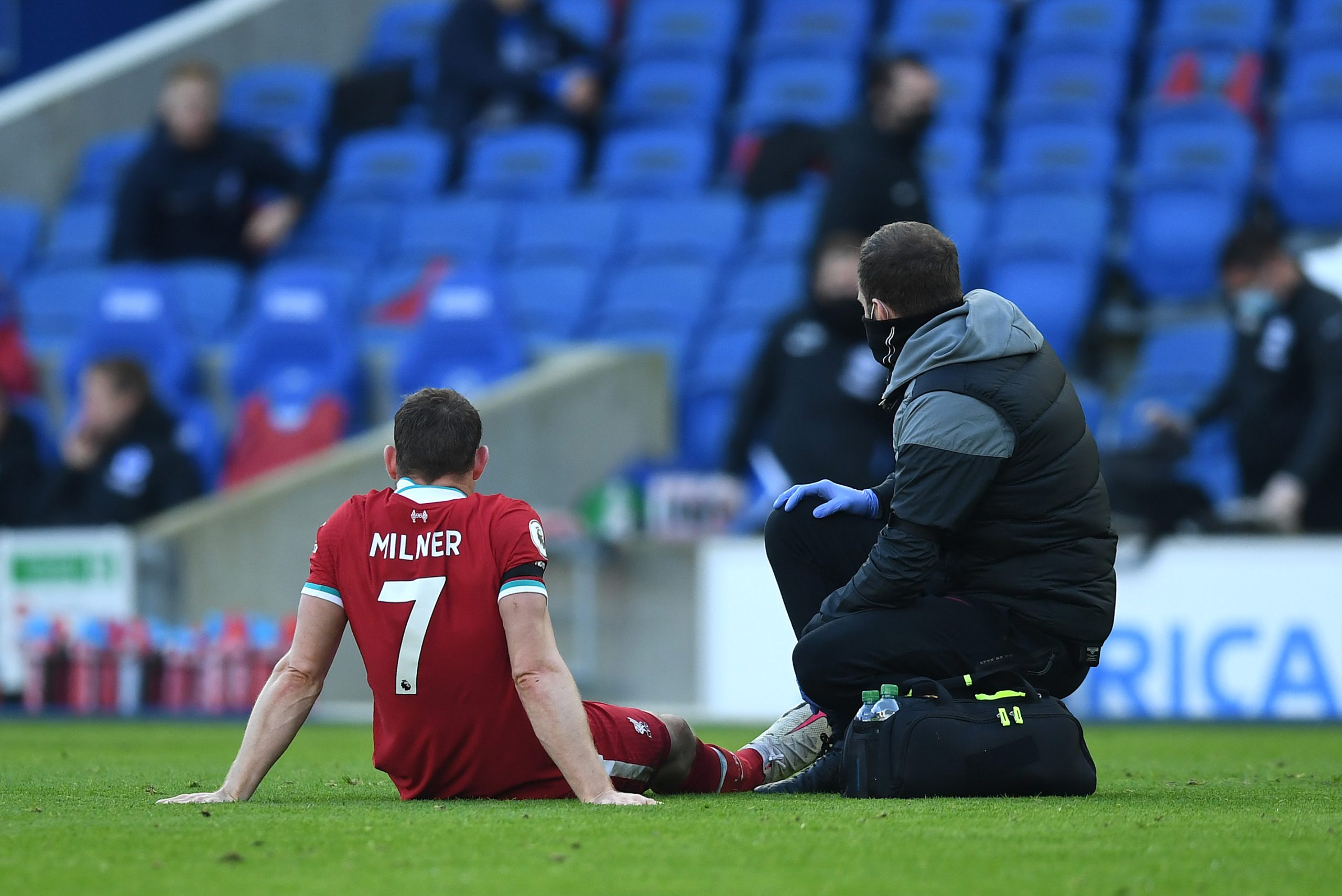 Liverpool suffered yet another injury blow as the Reds were held to a 1-1 draw against Brighton at the Amex Stadium in the Premier League on Saturday.

According to Liverpool’s official website, James Milner – who was forced off from the field after 74 minutes and was replaced by Curtis Jones — has suffered a hamstring injury.

This comes as a blow for the Reds who are already missing a host of key players including Thiago Alcantara, Alex Oxlade-Chamberlain, Xherdan Shaqiri, Trent Alexander-Arnold, Joe Gomez and Virgil van Dijk, with the latter two ruled out for lengthy spells on the sideline.

Liverpool thought they had picked up all three points against the Seagulls when Sadio Mane scored a late header. However, it was ruled out by the VAR officials.

Earlier in the game, Mohamed Salah had a goal ruled out by the video assistant referee.

Milner feels that a ‘serious discussion’ is needed on VAR, suggesting that it is ruining the beautiful game.

It’s “clear and obvious” we need a serious discussion about VAR. Sure I’m not alone in feeling like they are falling out of love with the game in its current state. pic.twitter.com/5FGgLtqbHs

Former great England striker turned popular football pundit, Gary Lineker has taken to Twitter to respond to Milner’s tweet, and it seems he agrees to what the Liverpool midfielder has posted.

Absolutely. I was very pro the idea originally, but happy to admit I was wrong. It’s actually changed the sport and certainly not for the better. https://t.co/RNhovRvT5S

The theory of Liverpool reaping the advantages of VAR, and hence the moniker Li-VAR-pool, has been quashed this season with the Reds being at the receiving end of decisions from the officials several times.

VAR was introduced to minimise human error and bring equality to the game. However, there has been inconsistency in the system, with many venting out their frustrations as it often kills the sheer thrill of the game.

Liverpool, meanwhile, have moved to the top of the Premier League table following the draw, but the winner of Chelsea v Tottenham can overtake them as they face off on Sunday at Stamford Bridge.