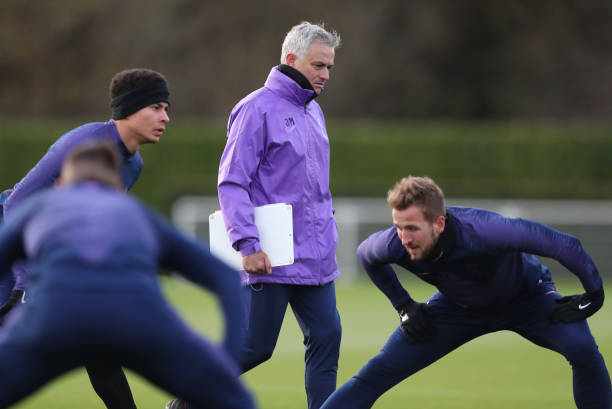 Jose Mourinho got his Tottenham Hotspur reign off to a winning start at the London Stadium yesterday, with Spurs running out 3-2 victors at the expense of West Ham United.

It was the visitors’ first Premier League win on the road since January, and it took them closer to top-four, with nine points now between them and Chelsea.

First-half goals from Son Heung-min and Lucas Moura and another one from Harry Kane four minutes after the break helped Spurs to a comfortable lead, ensuring Hammers’ late rally came to nothing.

Match of the Day presenter Gary Lineker quickly reminded everyone of Mourinho’s defensive notoriety after Tottenham went 2-0 up, providing these funny reactions to their first-half display and goals on Twitter:

Cracking football from @SpursOfficial for the second goal under Mourinho’s tenure. The bus is now set to make its first appearance in the 2nd half.

Mourinho’s Tottenham won as many points in the game as Mauricio Pochettino’s mustered in his final 12 away Premier League games, and chairman Daniel Levy will hope the Portuguese can help lead his side to their first silverware since 2008.

The former Manchester United boss has ruled Spurs out of the title race, but he is optimistic about their chances next term, and it will be interesting to see how they fare this term and going forward under him.