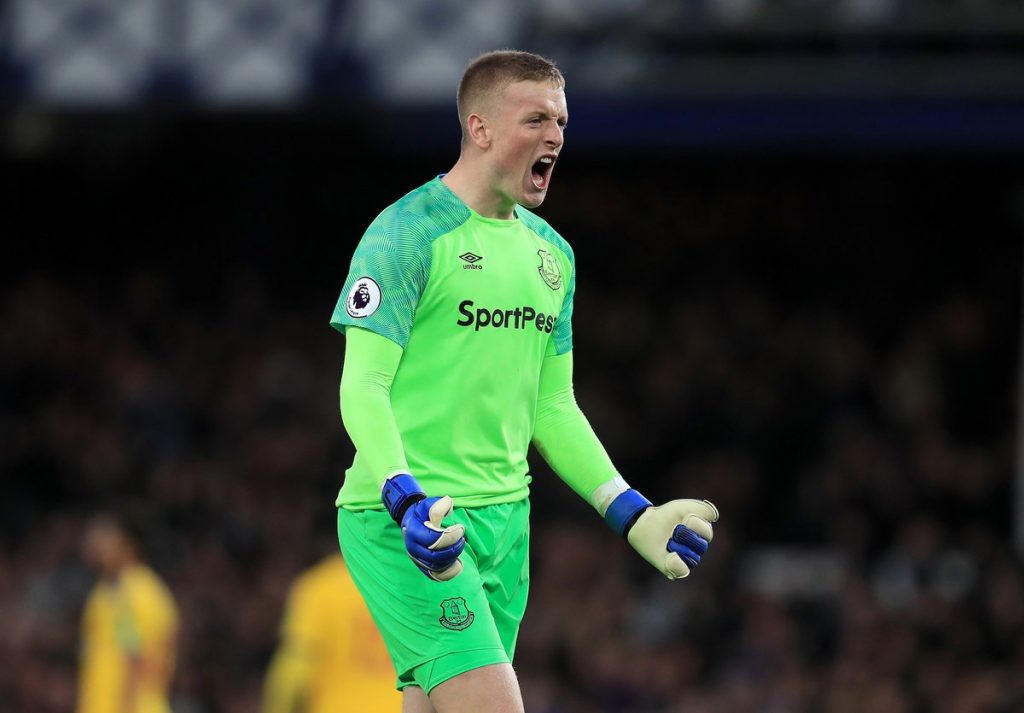 Former great England striker and now a popular football pundit, Gary Lineker has praised Jordan Pickford after he saved a penalty for Everton during their Premier League clash against Crystal Palace.

Everton were clearly the dominant side of the two. However, they were left frustrated by a resilient Crystal Palace side. In the end, two quick goals from Dominic Calvert-Lewin and Cenk Tosun sealed the tie in the Toffees’ favour.

Pickford, who was one of England’s best performers during the World Cup, saved a penalty from Luka Milivojevic in the second half. It was a crucial save, one that kept Everton in the game.

Not the best penalty but brilliant from Pickford. ?

It was a brave move from Marco Silva in the end that paid dividends. Everton enjoyed 60% of possession and had 20 shots during the game but they were struggling to find the breakthrough.

He changed the formation to 4-2-4, made big calls, and luck favoured them on this occasion. With this victory, Everton have moved to eighth in the Premier League table.