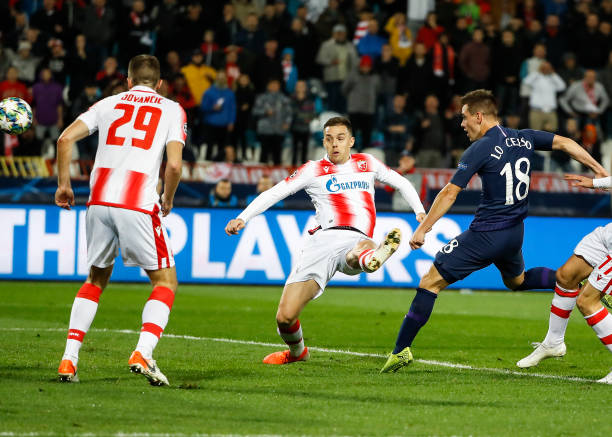 Tottenham Hotspur blew Crvena Zvezda (Red Star Belgrade) away on Wednesday night in their fourth Champions League clash in Group B, securing a 4-0 victory away from home.

It was Spurs’ first victory on the road this season having drawn five and lost thrice across all competitions, and it ensured they edged closer to advancing to the last-16.

With two victories and a draw thus far, Mauricio Pochettino’s men are currently second in the group, four points clear of Red Star, and are only in need of one more win from their final two games to secure a place in the knockout stages.

Summer loan signing Giovani Lo Celso put Tottenham a goal up heading into the break, and a brace from Son Heung-min and a Christian Eriksen strike in the second-half got the job done.

Spurs’ opener had a pinball feel to it as Harry Kane and the Korean struck the ball twice before the Argentine finally scored, and here is how Match of the Day presenter Gary Lineker reacted to it on Twitter:

Spurs take the lead through Lo Celso with one of the most bonkers goals you’ll ever see.

Here is the rather bonkers pinball goal for @SpursOfficial: pic.twitter.com/RVs58qwl7r

The game was Lo Celso’s first start for Tottenham since his arrival from Real Betis, and the 23-year-old proved his quality, putting in an impressive shift in the middle of the park.

Injuries have limited the Argentina international to just seven games for Pochettino’s side thus far, and he will now hope to keep playing on a regular basis going forward following last night’s performance.