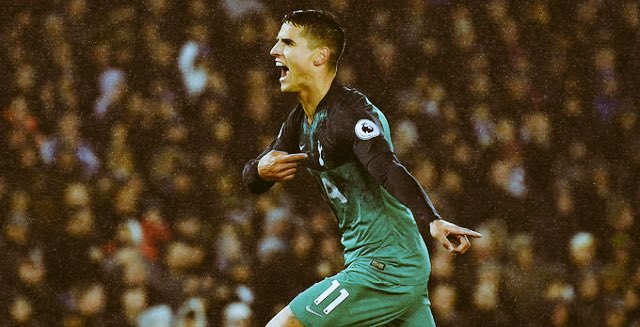 Tottenham Hotspur moved ahead of Arsenal after they earned a 3-2 victory against Wolverhampton Wanderers at the Molineux on Saturday.

Goals from Erik Lamela, Lucas Moura and Harry Kane gave Spurs a healthy 3-0 lead at the hour mark. However, youngster Juan Foyth gave away two quick penalties allowing Wolves to come back strongly in the game.

Popular football pundit Garth Crooks has picked Lamela in his Premier League team of the week for BBC Sport.

Lamela, who is on £70k-per-week wage at Spurs, is arguably enjoying his best form at the club this season, scoring six goals already in all competitions. He has also added three assists to his name.

Crooks praised Lamela last month and said that the Argentine can replace Dele Alli in the starting line up. The BBC pundit is happy that he has been proven right with his assessment.

He adds that Alli should take this challenge as a compliment.

“Last week I told you Erik Lamela had the ability to force Spurs boss Mauricio Pochettino to place Dele Alli onto the bench for a period of time,” said Crooks to BBC Sport.

“The Argentine’s performance against Wolves simply reinforced what I already knew. If Alli knows what is good for him he should treat the challenge as a compliment.

“Competition for places has always been in the best interest of the team and the player on the bench can learn a lot. Mainly how to win his place back.”

Spurs face PSV Eindhoven in their next game on Tuesday in the Champions League.