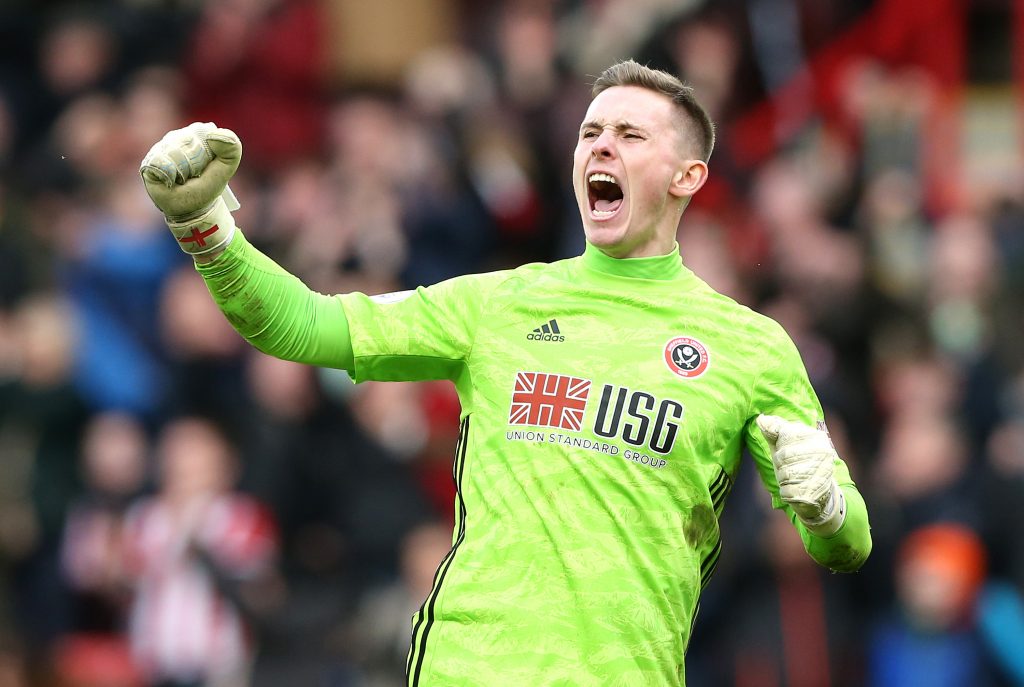 Sheffield United remained in the hunt for European places after beating Norwich City 1-0 in the Premier League on Saturday at Bramall Lane.

Billy Sharp headed in his third goal in four matches as the Blades picked up all three points against the Canaries. However, it was the performance of Dean Henderson that has caught the attention once again.

The 22-year-old goalkeeper, who is on loan from Manchester United, made two stunning saves during the game. First, he dived bravely at the feet of Mario Vrancic to keep out a Ben Godfrey header and then blocked the rebound.

He then kept out a Jamal Lewis volley as the Blades made it 10 points out of 12 to move to seventh in the Premiership, five points behind fourth-placed Chelsea.

BBC pundit Garth Crooks has showered heaps of praise on the young goalkeeper, saying the double saves made all the difference, and that he was a match-winner.

“Alex McCarthy may have been excellent for Southampton against Newcastle but he couldn’t win the game for them. That’s why I’ve gone for Dean Henderson, the goalkeeper who has suddenly put himself in the frame for an England call-up,” wrote Crooks for BBC Sport.

“I must say his double save against Norwich was a match winner. Any keeper who has had very little to do, but can suddenly spring into action and make such a vital contribution to the game must be in a great frame of mind. Whether that in itself is enough to constitute an England call-up I am not entirely sure, but he’s made my team of the week.”

Henderson has been simply outstanding this season for the Blades, and he has certainly put himself in the frame for an England call-up.

Chris Wilder said after the match that Henderson “wants to be England’s number one”, and it remains to be seen whether he gets a chance to start for his country when England will play friendlies against Italy and Denmark on 27 and 31 March.