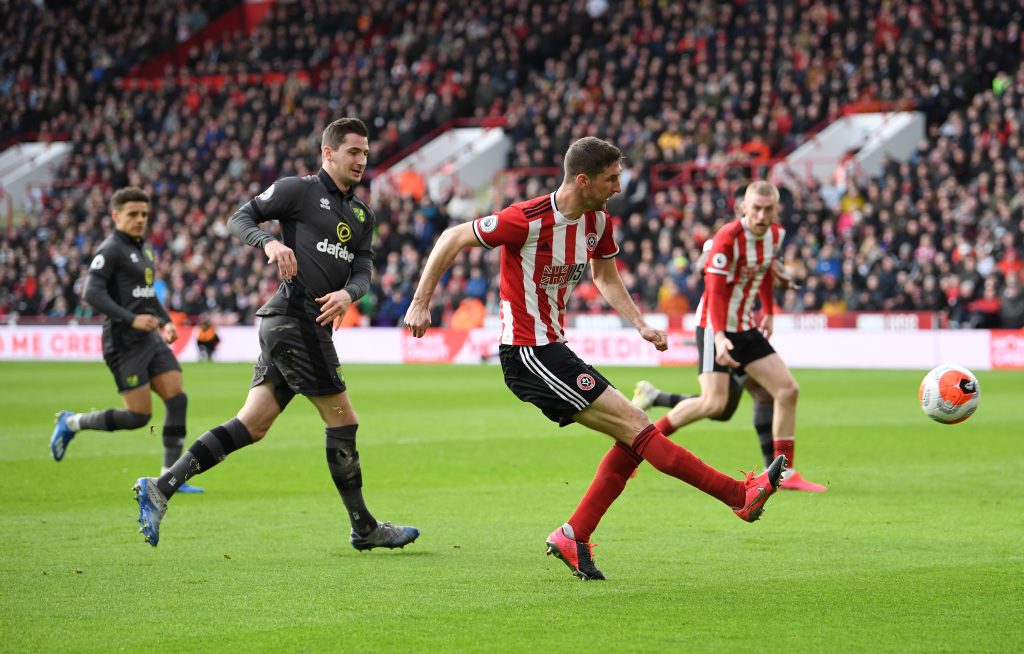 Sheffield United earned a 1-0 win against Norwich City in the Premier League on Saturday.

The Blades find themselves seventh in the league, only five points behind fourth-placed Chelsea. Chris Wilder has done a remarkable job with the Blades, and they are aiming to book a place for European competitions next season.

Garth Crooks has showered praise on Sheffield United defender Chris Basham in his team of the week column for BBC Sport. Basham missed a golden chance to put Sheffield 2-0 up, but he has been rock-solid at the back for the Blades.

The football pundit notes that the 31-year-old defender ‘has been outstanding this season.’ Crooks also suggests that he is not a big fan of the style of football being played by United, but has hailed their ‘unbelievable spirit.’

“What was he doing there? Chris Basham in open play receives the ball in the box with his back to goal, flicks it over Kenny McLean’s head and takes a touch before he put his effort over the bar,” wrote Crooks for BBC Sport.

“His reaction indicated he felt he should have put Sheffield United 2-0 up. Now, Basham is a central defender and does not have a reputation for scoring goals so I want to know what he thinks he’s playing at?

“Basham has been outstanding this season for the Blades. I’m still not mad about their style of play but they have unbelievable spirit.”

Basham has made 28 starts in the Premier League, and further made three appearances in the FA Cup. He has made 2.2 tackles and 2.2 interceptions per game on an average, according to whoscored.com.

Sheffield United are undefeated in their last four games, winning three of them. They will face Newcastle United in their next Premier League game.