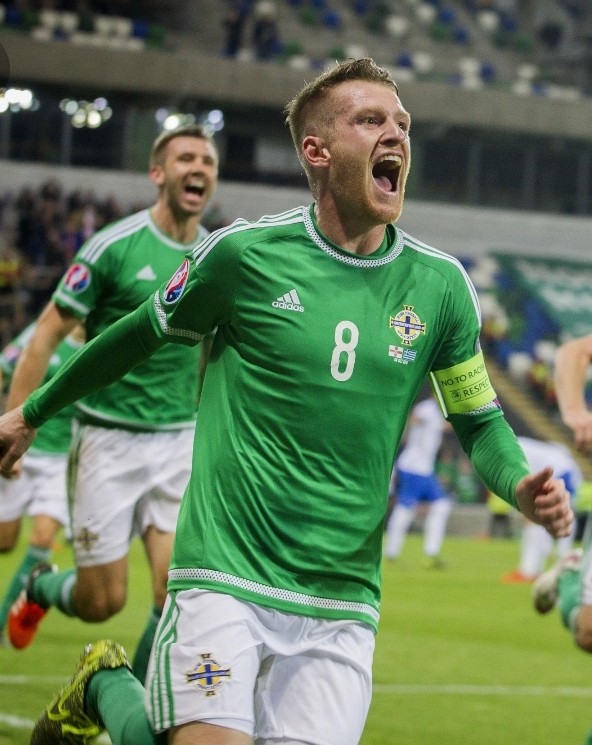 Rangers Centre-back Gareth McAuley has added fuel to the flames by hinting that Southampton midfielder, Steven Davis, could move back north of the border.

Davis spent four years at Ibrox from 2008 until 2012. The midfielder made a total of 210 appearances, and captained the team when David Weir was unavailable.

McAuley and Davis share a friendship, due to being international teammates for Northern Ireland.

McAuley told Sky Sports his feelings towards the possibility of Davis making a return to Rangers. The former West Brom man said:

“The last time I spoke to Steven was at the last international game. He was keeping his cards close to his chest. He was more frustrated that he wasn’t playing at Southampton. I’ve said before that I don’t think he’s really appreciated other than by the club he’s at. But the players down there will know what a fantastic player he is. I know he’s frustrated that he’s not playing football and, if the opportunity is there for him and things are right with Southampton, then I’m sure he’d love to (come back). It’s an amazing club. I can’t think of anywhere better to play.”

It’s understandable if Davis isn’t happy at Saint Mary’s. The former Villa man played a bit-part role last season, and had only appeared once in Premier League action this term.

The 33-year-old still has a lot of quality to go with his wealth of experience. The ex-Fulham player has a wonderful knack of delivering a killer ball with his wide range of passing ability.

In the short-term, Davis will want to show new Saints boss, Ralph Hassenhütti, exactly what he has to offer. The Austrian has only been on the South coast for just over a week, and is still finding his feet at the club.

The busy festive period will increase Davis’ chances of gaining more time in a Southampton shirt. However, failure to break into the starting line-up, could yet see the Northern Ireland international linking up with the Scottish giants.