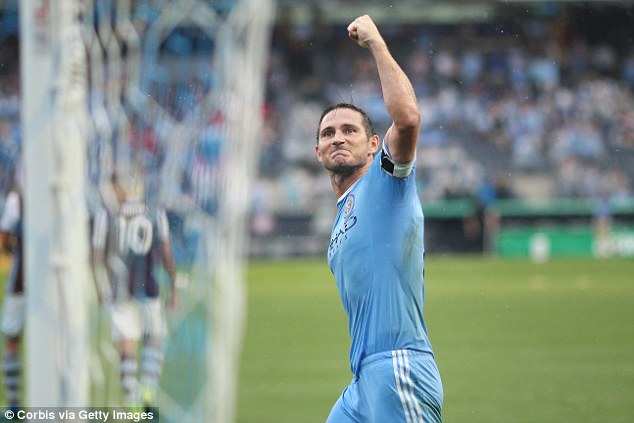 Former Chelsea midfielder, Frank Lampard, says that he would love to return to the London club.

Lampard scored 211 goals for Chelsea during his 13-year tenure, and won three Premier League titles with the Blues. He left Chelsea in the summer of 2014 and joined Manchester City on a six-month deal. After that, he spent two seasons with Major League Soccer club, New York City, before becoming a free agent last month.

The 38-year-old is Chelsea’s all-time leading goalscorer, and he is adored by the fans. It is highly unlikely that Lampard will play for Chelsea again, but he could be given other major roles at the club.

Lampard said, during a show on Sky’s Soccer AM:

Myself and John (Terry) are Chelsea through and through so whatever happens, in some capacity, I will be at Chelsea.

Whether it’s with my season ticket, watching them, I don’t know yet – I’ll have very close contact. Whether I’ll have the role [as a player], it’s not all in my hands so I can’t go any further on that.

I’m very relaxed about it, which is a nice place to be. If the right thing comes, I’ll take it. Obviously Chelsea, I’d love that, but it doesn’t work that way always.

Chelsea are on a rampage this season, and are leading the table by six points, following an 11-game winning run that coincided with a change in formation to 3-4-3 by manager Antonio Conte.

The leaders will be looking to extend their unbeaten run during the busy festive period, when they face Bournemouth and Stoke City on Boxing Day and New Year’s Eve, respectively.