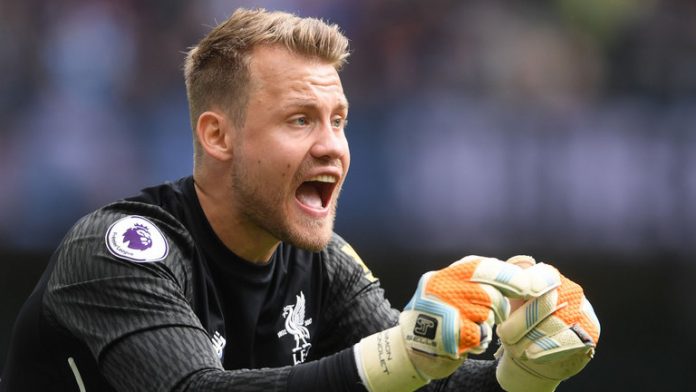 Gary Neville says Jurgen Klopp must resolve Liverpool’s defensive problems if the club is ever to challenge for the Premier League title.

Liverpool were crushed 4-1 by Tottenham Hotspur on Sunday, taking their total number of league goals conceded this season to 16.

If the Reds continue to ship goals at the same rate they will have conceded 67 by the end of the season and Neville told Sky Sports that it’s time for Klopp to sort things out.

“I’ve made mistakes myself but if we’d conceded 50 goals every season for Manchester United, heads would roll,” he said.

“If I’d made the same mistakes continuously, heads would roll. As a defender, you will make mistakes but these lads are making too many.”

Liverpool looked shaky at the back against Spurs throughout the game, making a mockery of Klopp’s recent claims that he is usually a ‘really good defensive coach’.

Goalkeeper Simon Mignolet’s flap for Spurs’ fourth goal was particularly embarrassing and Neville believes Klopp needs to start rebuilding his defensive unit by finding a replacement for the Belgian stopper.

“I genuinely believe you need a great goalkeeper to win the league and Liverpool can’t win a league with that defence” he said.

“We can say that Man Utd, Man City, Chelsea have spent more money – it’s tough to win the league – but in these last few years, they could have won a title and it’s the defending that has cost them.

“Liverpool Football Club with its history needs to win a title.”

Neville’s views on Liverpool’s defending are impossible to argue with, although whether allowing Klopp the opportunity to put right a mess that has been of his own making is debatable.

Liverpool have not improved under the German and it’s difficult to see him ever making a success of things at Anfield.

Klopp has had two years and four transfer windows to address Liverpool’s problems and he’s made no real progress during that time.

Neville is right when he says Liverpool’s defence needs to improve. Klopp isn’t the manager who should be tasked with doing it.