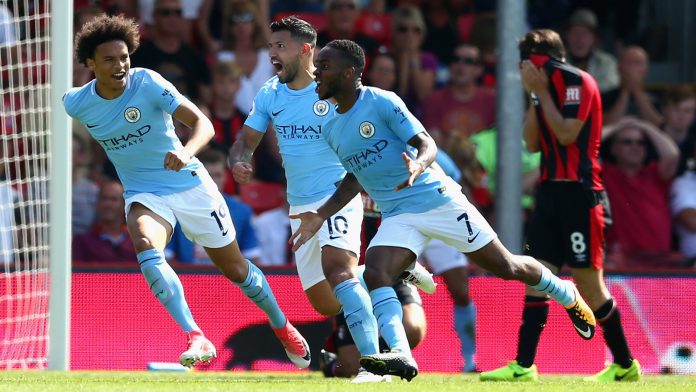 Jamie Redknapp says referee Mike Dean was wrong to send off Raheem Sterling after his last-minute winner for Manchester City on Saturday.

Sterling’s goal sealed a 2-1 victory for City at Bournemouth and sparked wild celebrations on and off the field, but Redknapp believes Dean’s decision to brandish a red card showed a lack of compassion.

“If you haven’t scored a goal in the game, you don’t know what it’s like,” Redknapp told Sky Sports.

“It’s the most incredible rush of your life. When you score at that point in the game you feel like you can fight the world.

“For a referee to send him off for that? Come on man! Show a bit of compassion.

“It’s very hard to restrain yourself – if the referee doesn’t book him, do you think anyone will have a problem? The referee can turn a blind eye.”

The result ensured City maintained their unbeaten start to the Premier League season, following their victory over Brighton and draw at Everton.