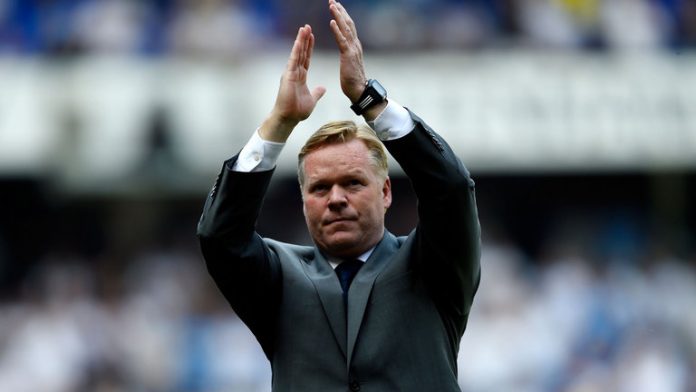 The Dutchman’s future has been in doubt for much of the season, with Everton struggling towards the bottom of the Premier League ahead of Sunday’s game against Arsenal.

“They’ve had a poor start, of lot of players have come in and they’re still trying to gel,” he said.

“But even if you change Ronald Koeman, the biggest problem at Everton would still be there and that’s no centre-forward.”

“You’d think, yes, they’re going to be tough, but it’s the way they’ve lost and also the fact that the money they’ve spent, they might have been expected to challenge the top four.

“There has been a lot of chopping and changing – there are legitimate reasons (for fan frustrations), but he needs a lot more time.

“The biggest problem is no centre-forward and that will not all be down to Ronald Koeman.”

Carragher’s comments appear to be an attempt to shift the blame for Everton’s current predicament away from Koeman and onto Director of Football Steve Walsh.

The club’s failure to replace striker Romelu Lukaku has clearly had a major impact this season, but only people on the inside at Goodison Park will truly know where the responsibility for this will lie.

Everton desperately need a positive result against Arsenal to lift the gloom around the club, although another defeat could see the board take action and it’s likely that Koeman would be the fall-guy.