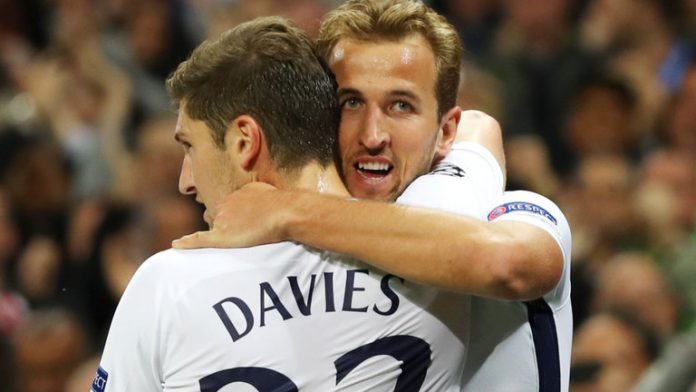 Stuart Pearce believes Tottenham will fall short in this season’s title race and says they’d be happy to finish in the top four.

The former England star has tipped the two Manchester clubs to fight for the Premier League crown and he thinks Spurs’ form at their temporary Wembley home will stop them from challenging.

Spurs are five points behind United and City after seven games and Pearce told Sky Sports that he can’t see them bridging the gap.

“They started the season well on the road, looking very impressive, but I think they’re going to miss Danny Rose and Kyle Walker, with Rose injured and Walker at City now,” he said.

“While Kieran Trippier and Ben Davies are more than adequate, they’ve not got the same energy as the other two, and I think they need that at home. I think their home form will cost them this year. If they finish in the top four they’ll be delighted.”

While Pearce has dismissed Spurs’ title chances, he did have some words of encouragement for under-fire midfielder Dele Alli.

The 21-year-old has been banned for one England game for his middle-finger gesture during the World Cup qualifier against Slovakia and he came in for plenty of criticism after being booked for diving at Huddersfield over the weekend.

However, Pearce thinks Alli has the ability to bounce back.

“Dele Alli is just going through a tough period at the moment – you have peaks and troughs in a career,” he added.

“Teams are giving Spurs more respect, banking up and making it tight, and I don’t think Dele is great at manipulating the ball in tight spaces – he likes to have a bit more room.”