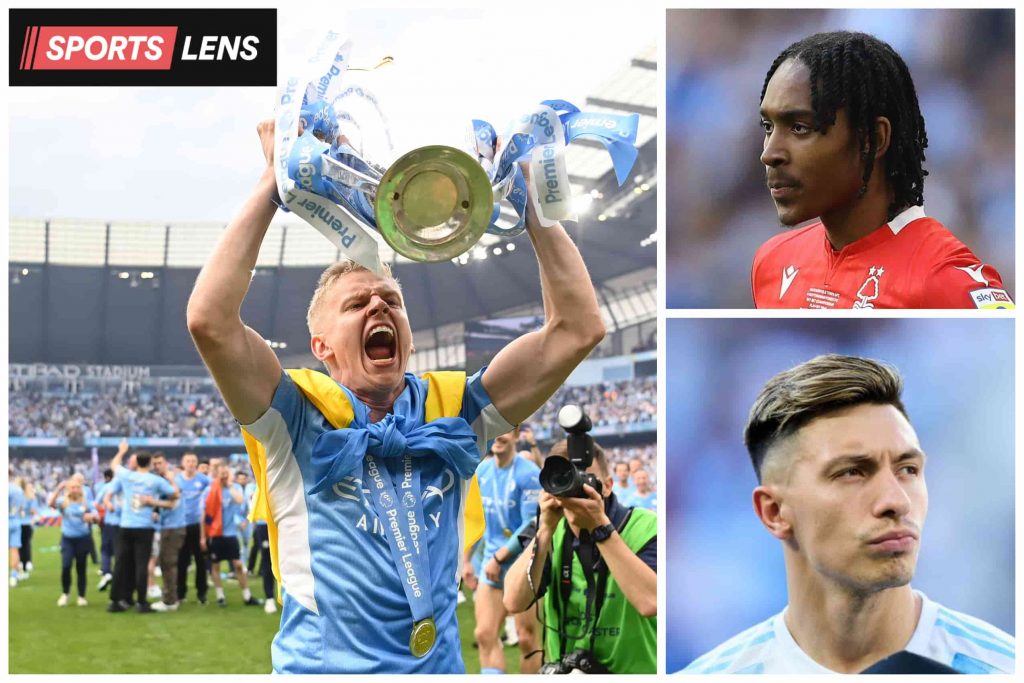 With little under a month until competitive football returns and the season get underway, clubs are clamouring to get their transfer business done with time to spare, and we are taking a look at some of the high-profile deals that could be completed within the next week.

Erik Ten Hag has seemingly managed to secure one of two targets, the other being Brazilian winger Antony, from his former club Ajax after Manchester United agreed a fee for Lisandro Martinez.

Lisandro Martínez to Manchester United, here we go! Full agreement in place between Man United and Ajax for package up to €55m. Lisandro will sign until 2027, documents now approved. 🚨🔴 #MUFC

The versatile defender, who can operate as both a centre-back and a left-back, was the subject of interest from United and Arsenal with both clubs having initial bids rejected last month. The Red Devils have now swooped in with an improved £46m bid which was accepted by the Dutch champions on Thursday.

The deal is looking certain to be wrapped up within the coming days, with United eager for the Argentine to join up with the rest of the squad on their pre-season tour of Australia.

With Antonio Rudiger and Andreas Christensen exiting the club along with captain Cesar Azpilicueta’s imminent move to Barcelona, new Chelsea owner Todd Boehly has been busy negotiating deals with a whole host of Europe’s elite defenders.

Napoli’s Kalidou Koulibaly, who has long been the subject of interest from a multitude of top clubs during his eight-year stint in southern Italy, has agreed to join the Blues in a four-year deal.

Kalidou Koulibaly can be considered new Chelsea player. It's all signed and completed. ✅🔵 #CFC

The Senegalese international, now 31, flew to London this week in order to compete a medial after both clubs agreed a fee of around £32m. An official announcement is imminent as he will join up with new signing Raheem Sterling and the rest of the squad in the United States.

Antonio Conte looks set to make Middlesbrough right-back Djed Spence his sixth acquisition of the window after a £12.5m fee was agreed on Thursday. The 21-year-old will now undergo a medical today with the deal likely to be completed before the close of the weekend.

Fee will be £12.5m guaranteed plus add ons, total package will be just under £20m. pic.twitter.com/mQLgq5ncpX

The club have been long-term admirers of Spence, who emerged as one of the brightest talents in the Championship while on loan at Nottingham Forest last season.

While there is still a long way to go with this transfer, Robert Lewandowski is slowly but surely edging closer to his dream move.

The Polish international’s representatives, along with both Bayern Munich and Barcelona, are all now in direct contact over and the Blaugrana are set to table their third and final bid believe to be around £42m.

Lewandowski insisted with Bayern in the last 24h to join Barça as soon as possible. Key stages. pic.twitter.com/s8lVBxuPmF

The 33-year-old is eager to make the switch as soon as possible after awkwardly returning to Bayern training despite two months of public disputes over his future. This could mean once Barcelona have made their official approach which is expected in the coming days, the transfer could be completed very soon.

With Arsenal missing out on Lisandro Martinez, the club have emerged as the most likely detention for Manchester City left-back Oleksandr Zinchenko.

We reported yesterday that the Gunners were eager to sign the Ukrainian, and it now seems they are prepared to meet City’s demands of £35m.

The Premier League champions have long maintained that they would let the 25-year-old leave this summer should they receive a suitable fee, and Mikel Arteta seems intent on a reunion with his former player having been assistant to Pep Guardiola.