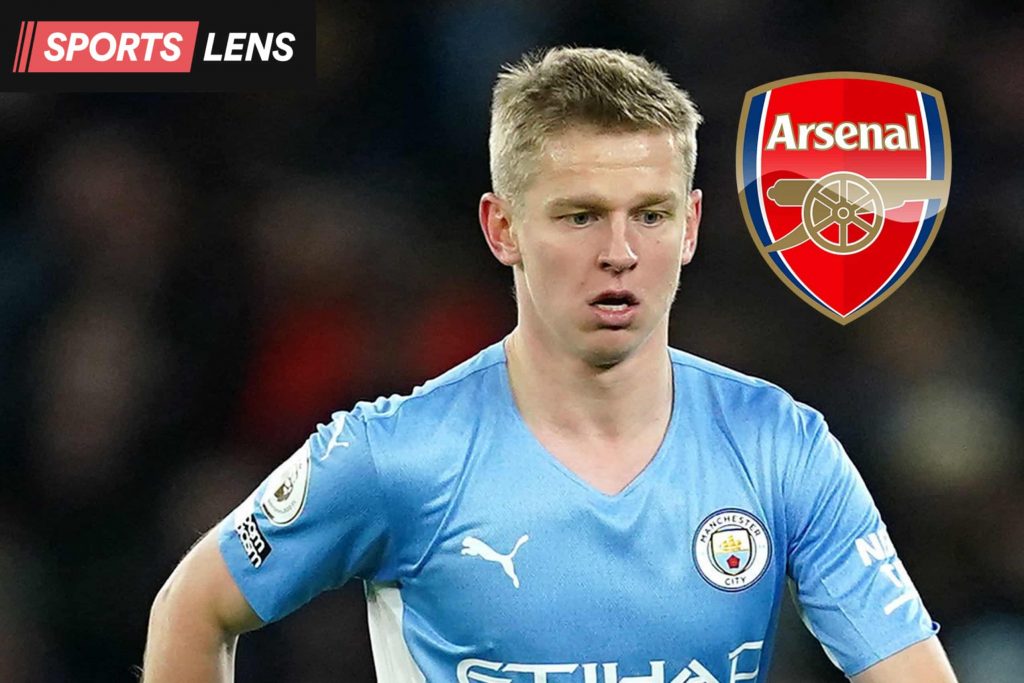 Arsenal are expected to make a formal approach for Manchester City full-back Oleksandr Zinchenko in the coming weeks in the hope of making him their fifth signing of this window.

Manchester City are willing to let the Ukrainian international leave this summer should a suitable bid be tabled, and Arsenal manager Mikel Arteta has identified the 25-year-old as one his key summer targets.

The Gunners look set to miss out on Ajax defender Lisandro Martinez with Manchester United entering the final stages of a deal for the Argentine, and now will instead turn their attention to the Ukrainian captain.

While Arsenal are seemingly in the market for a more suitable back up to starting left-back Kieran Tierney after a nervy debut season for youngster Nuno Tavares, Zinchenko’s versatility also draws a certain appeal. His attacking threat and ability on the ball sees him operate as a midfielder for his nation, something Arteta may well deploy should they acquire his services.

Zinchenko just makes so much sense.

The Arsenal manager will be well aware of his strengths after serving as assistant to City boss Pep Guardiola, and this relationship will likely be beneficial for the north London side when it comes to warding off other potential suitors.

Zinchenko arrived from Russia side FC Ufa in 2016 and has gone on to enjoy a fruitful spell at the Etihad winning both the Premier League and the League Cup four times as well as picking up an FA Cup winners medal.

Manchester City are indeed in the market for a left-back of their own with the club reportedly preparing a bid for Brighton’s Marc Cucurella, whom Pep Guardiola is said to be a huge admirer.

Arsenal have touched down in the States for three pre-season fixtures, the first of which is against Everton this Sunday – be sure to take a look at our comprehensive guide to the best football betting sites ahead of the game.