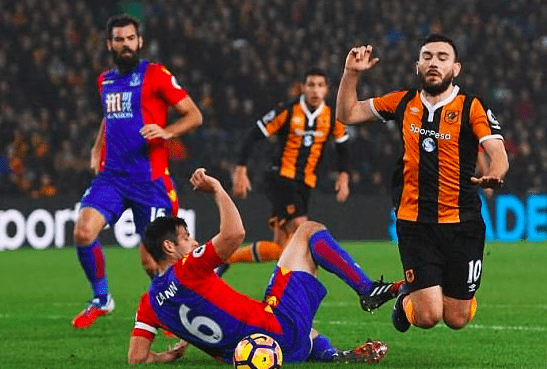 In a strong move, one that has been in demand for a while now, the Football Association voted in favour of introducing retrospective bans for diving.

Under the new rules, passed by the governing body, a panel will review footage each Monday, looking for instances of simulation.

The group will comprise a former manager, an ex-player and a former referee, who will watch the footage independently. The sanction will be a two-match ban will be levelled against the guilty player, if the panel of three is unanimous in believing a player deceived a match official.

It must be noted that only incidents that would directly result in a player winning a penalty or lead to an opponent being sent off – through either a direct red card or two yellow cards – will be put under the scanner and result in a retrospective ban.

Crystal Palace boss Sam Allardyce has not been in favour of the move, describing the decision as “utter rubbish”. The short-term England boss said, “Bring technology in, let us look at it on the day, and then bring a sin-bin in so we can put him in that for 10 minutes and then put him back on. Stop paying all these people money to do rubbish situations in the game. That’s utter rubbish.”

Similarly, Pep Guardiola too believes that it is better to improve things for referees, rather than punish their wrong actions. The Manchester City boss feels that match officials can no longer keep up with the pace and ferocity of play in the Premier League and video technology can instead better things.

“Sooner or later that is going to happen. The technology will help the referees to be more fair about what happens in the game to make less mistakes because there are a lot of mistakes,” he said.

“Football today is quicker, it’s faster. Before referees arrive to see a situation, the players are much, much faster; that’s why they need technology”.

However, the reaction to this move from FA has drawn mostly positive reviews from fans, who are happy to see the strong move by FA.

FA crackdown on diving , while not perfect, welcome . Scar on game. Like to see showing imaginary card as automatic yellow too.

It was back in December last year that Burnley boss Sean Dyche said that he thought retrospective bans would eradicate diving within six months. While the move has its flaws, and many think that calling referees on their poor decisions may not be beneficial, the wrong calls often end up costing clubs everything and prove to be the difference, for trophies at the top and relegation at the bottom.

Liverpool manager Jurgen Klopp said that retrospective bans for diving are “a good idea”, and felt that players “need to feel the punishment” if they do dive.

Scotland who has had the retrospective punishment for six years now, has been advocates of other countries adopting the same rule and while this punishment has by no means stopped diving in Scotland, it has at least given a platform for grievances to be raised.

The ban may not make a massive difference and players may continue to do it, particularly as it only affects them in the case of a penalty or a send-off, it will reduce the diving, considering there is now a repercussion and stigma attached to it. The “flawed” new rule may end up being pivotal in modern football.