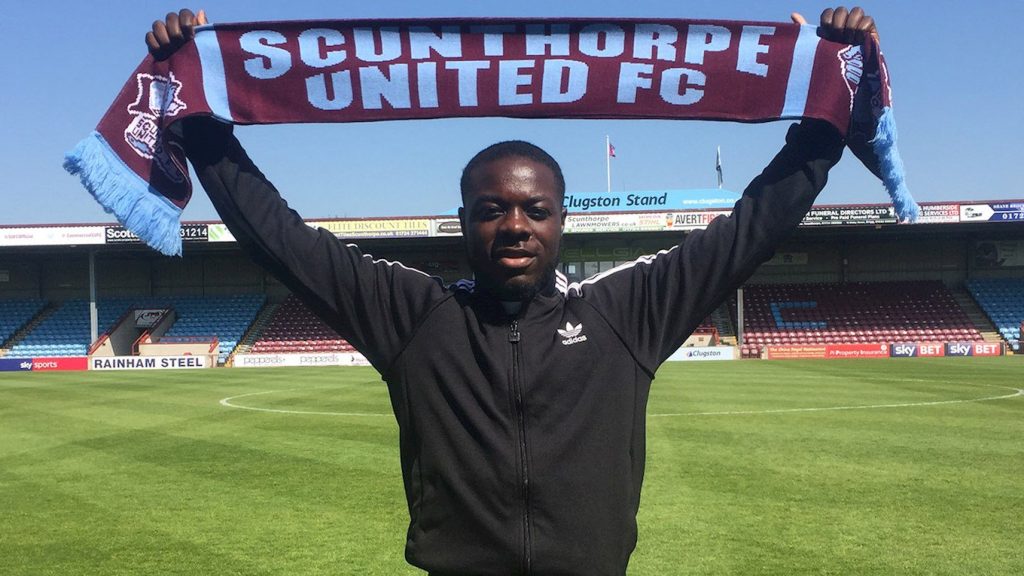 We reported on Thursday that Southampton had agreed a deal with Scunthorpe United for Olufela Olomola and his new supporters are delighted with the news. Saints fans, however, are gutted to be losing such a talented striker.

Olomola made just one appearance in the first-team since joining Southampton from Arsenal in 2014, although he was named in the matchday squad on a handful of occasions without coming on.

He fell victim to the stiff competition in the senior side, with Shane Long, Charlie Austin, Guido Carrillo and Manolo Gabbiadini being higher up on Mark Hughes’ pecking order, so he sought a move away for more playing time.

Scunthorpe fans can’t wait to see their new player in action next season and will be hoping he can help them in their promotion push. United finished fifth in League One last season but lost out to Rotherham in the playoffs semi-final.

Olomola scored and created 10 goals in 28 games during a half-season loan spell at Yeovil so he could inject some goals into Scunthorpe’s side. He didn’t cost United a penny either, joining the club on a free transfer, so it’s a low risking signing which could turn out to be a masterstroke.