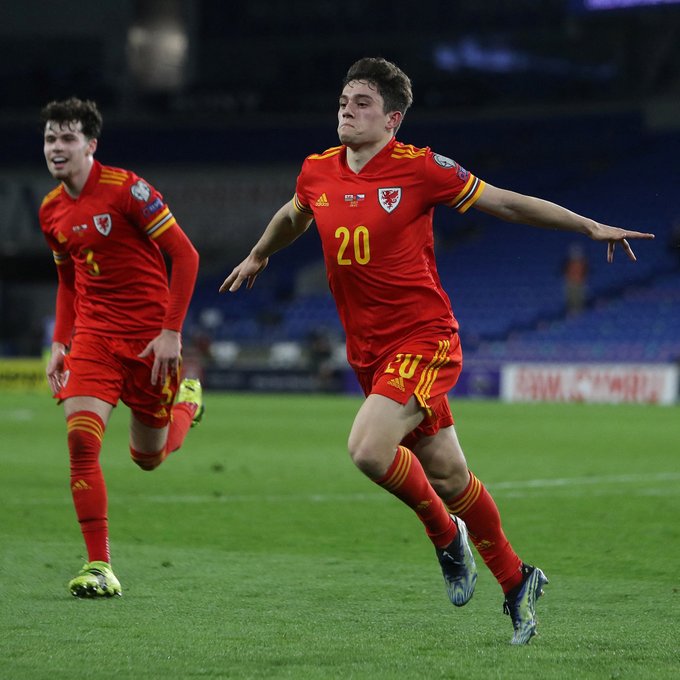 Gareth Bale completed a match-winning hat-trick deep in injury time as Wales managed a 3-2 victory against Belarus in a thrilling contest on Sunday.

Leeds United’s new signing, Daniel James, who joined from Manchester United on the transfer deadline day, provided an assist for Bale, as Wales kept their hopes alive of qualifying for the 2022 World Cup.

Bale scored from the spot twice and snatched a winner deep in injury time when James found him in the box. After the home side made it 2-2, the skipper came to the rescue once again with Belarus goalkeeper Sergei Chernik making a poor effort to save the ball.

James was simply brilliant for Wales with an all-round effort. According to LUFCDATA, he had 64 touches, won 9 duels, registered three shots and won four tackles.

Many Leeds fans have taken to Twitter to express their reactions after the game, and needless to say, they’re very happy with the performance of the 23-year-old. Here are some of the selected tweets:

Dan James assist stole the show in my books

Dan James got an assist. Belongs to Leeds now

International assist for Dan James. That's his value gone up by £5 million! Great signing by #lufc.

Very intelligent, too. Looked up and put it where only Bale could get it.

James was close to joining Leeds in the January transfer window of 2019, but the deal didn’t materialise at that time. He went on to join Manchester United a few months later in that summer.

He did well for the Red Devils but the club made him available for transfer towards the end of the window following the arrivals of Jadon Sancho and Cristiano Ronaldo.

Marcelo Bielsa is a keen admirer of the winger, and he is expected to get the best out of him. James will get plenty of opportunities at Elland Road which will help him to fulfil his potential and become a top-class player.