Could Facundo “Chucky” Ferreyra be on his way to Newcastle or West Ham? 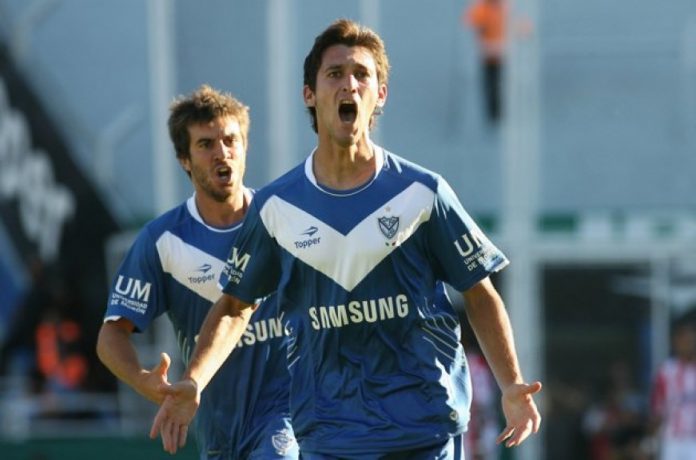 From Buenos Aires to Donetsk, will Facundo “Chucky” Ferreyra’s (Lomas De Zamora, Argentina – 14th of March 1991) next stop be England? And moreover will the talented young Argentine striker continue to make “Child’s Play” this time around of the Premier League team’s defenses.

Despite only arriving in Donetsk last July, former Argentina Under-20 hit-man Facundo Ferreyra looks set to be on the move again this summer, and the Barclays Premier League looks to be a likely destination amid reports of s strong interest from at least a trio of English sides in West Ham United, Sunderland FC and Newcastle United.

The current chaotic situation in Ukraine, immersed in a volatile politic and financial crisis, has clearly preoccupied the former Banfield and Velez Sarsfield striker. So much so that Ferreyra, along with five of his other international teammates, initially failed to return to Donetsk last month post a pre-season friendly match against Lyon. And whilst the striker has since returned and issued a belated apology, it remains patently clear that he is desperately seeking a move away from the Ukraine, which could well see his eventual destination find its way to British shores.

A young Ferreyra first rose to prominence back in his homeland with the modest Buenos Aires side Club Atletico Banfield. A talented, prodigious forward. El Chucky, a nickname given to Ferreyra by friends seeing a more than supposed resemblance between the youngster and the protagonist of the 1980’s Child’s Play horror franchise, played a bit part for his hometown club in their title triumph 2009, but was already turning heads as the leading scorer for Sergio Batista’s exciting Argentina youth squad. However it would take a move to one of the domestic games powerhouses Velez Sarsfield for the gifted marksmen to really announce himself on the national and international stage.

In 2012 Ferreyra’s goals would take his new side Velez to the title. The striker scoring an impressive 13 goals in only 15 appearance’s making him the top scorer in tournaments Apertura stage, he would go onto ratify this finishing tied in the overall scoring charts of that year with compatriot and former Sunderland striker Nacho Scocco, then of Newells Old Boys. El Chucky’s impressive performances where enough to convince Ukrainian Premier League powerhouses Shakhtar Donetsk to outlay a reported $9 million fee, as part of their summer rebuilding program. And whilst the striker would not set the world alight struggling with form and fitness (and also perhaps understandably so considering this was his first experience outside of his homeland) Ferrerya would continue to keep up his recent goal every other game average, with 6 strikes in only 11 outings for his new club.

Facundo Ferreyra is a natural finisher, whose game does not depend on any one particular outstanding technical quality, but more so on an instinctive ability to find the back of the net. A forward very much in the Pipo Inzaghi mold, his intelligent movement and willingness to take the ball on early mean Ferrerya is comfortable to shoot from any angle, and with either foot and/or his head.

The one criticism that could be labeled of his game is that unlike some of his more renowned compatriots, the young striker is not at ease in creating a goal fro himself, and heavily relies on a good quality of service to him to be involve din the game.

This being said there is no doubt that Facundo Ferrerya could be a success in the Premier League, though the level of such could well be decided by the style of play of which of the 3 clubs who covet his signature Ferreyra choses.

Only time well tell, with some fans no doubt already biting their finger nails in anticipation to see the conclusion of this new Chucky story, and wondering will they also find a “friend to the end”