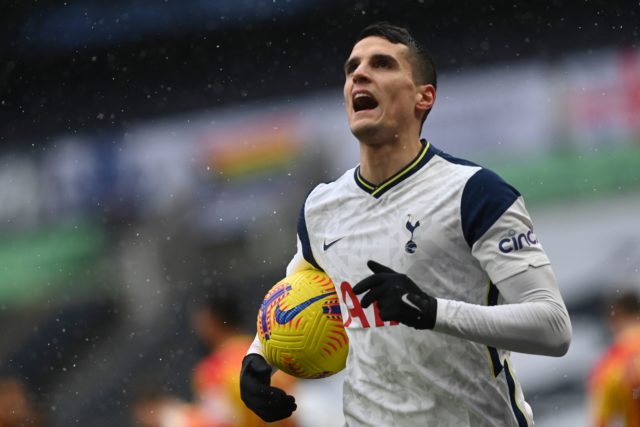 Tottenham Hotspur will face Everton in the FA Cup fifth round at Goodison Park on Wednesday night.

With the Premier League game against Manchester City coming just three days later, Jose Mourinho will be looking to put up a balanced side for the cup tie.

Mourinho has confirmed that he doesn’t think Serge Aurier will be playing tomorrow. Giovani Lo Celso remains out for much of this month, while the Portuguese boss has said that Sergio Reguilon has no chance of playing against the Toffees.

Dele Alli trained on Monday with the team but Mourinho is not confident whether he can start the game. However, the England international could get some minutes from the bench.

Harry Kane returned against West Bromwich Albion and got his name on the scoresheet. Mourinho has suggested that Kane looked physically perfect after the game and the Spurs striker is likely to start.

The likes of Matt Doherty and Eric Dier are likely to return in place of Davinson Sanchez and Aurier in defence.

Erik Lamela and Lucas Moura both impressed against the Baggies, but Mourinho probably won’t risk them just days later after their first Premier League start in months.

Lamela, the £80k-per-week winger, is likely to be replaced by Steven Bergwijn while Harry Winks, 25, is set to come in midfield.