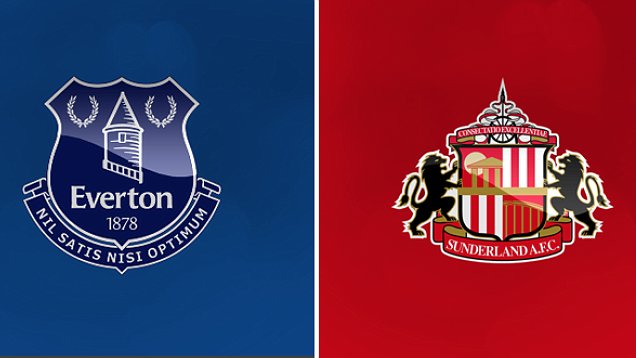 Since the boxing day, the results have improved. Everton are not only buzzing with confidence, but are also eyeing European qualification for next season.

Yannick Bolasie is a long-term absentee, while Muhamed Besic is also sidelined for this game. Kevin Mirallas, James McCarthy and Romelu Lukau are doubtful for this match, but are most likely to recover in time for the game.

Sunderland are rock bottom in the Premier League table and are two points adrift of safety.

The Black Cats have lost nine of their last 12 away matches this season, and it will be a tough ask for David Moyes to guide his team to a positive result against his old club.

Sunderland have won just once in their last 10 games, and are heading into this match on the back of a 4-0 defeat to Southampton.

Papy Djilobodji serves the last of his four-match suspension this weekend. Jordan Pickford could make return to the side, having played his last match on Boxing day.

1 – Sunderland have won just once in their last 10 games.

5 –  Everton are undefeated in their last five games in all competitions.

8 – Everton are undefeated in their last eight Premier League matches.