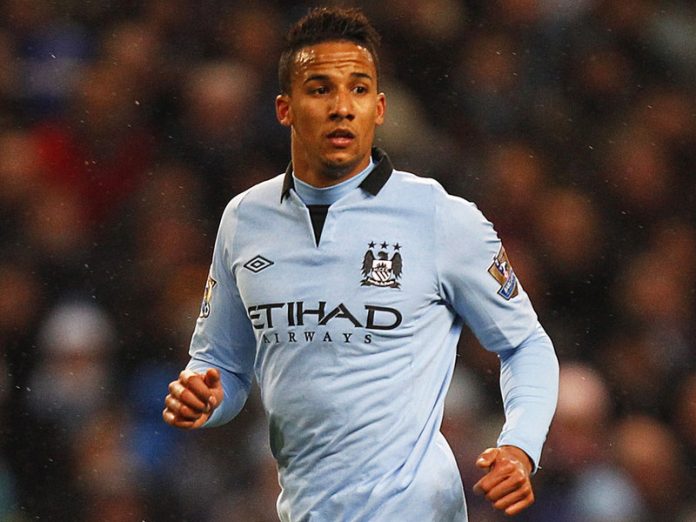 Premier League side Everton are said to be enquiring about Manchester City winger Scott Sinclair this summer. His asking price is around £7M.

Sinclair, 24, joined the Premier League runners-up last summer, but has failed to force his way into the first team. He made 12 Premier League appearances, with 10 of them coming from the bench.

He’s said to be considering his future with the Citizens, and following the arrival of Spanish winger Jesus Navas this summer, could now see the former England U21 international fall further down the pecking order.

A season-long loan deal to the Merseyside outfit could be on the cards, as Everton’s finances are notoriously tight, and it means Sinclair still has a chance of continuing his development with City after a season of first-team football elsewhere.

Prior to joining the Sky Blues, Sinclair had also played for Bristol Rovers and Chelsea – in which time he was loaned out to Plymouth Argyle, Queens Park Rangers, Charlton Athletic, Crystal Palace, Birmingham City, and Wigan Athletic. Last season’s League Cup winners Swansea City took him on a permanent deal in 2010.

The Citizen’s manager Manuel Pellegrini has not openly spoken about Sinclair’s future with the side, but he can’t promise a regular slot in the first-team next season, and will consider any offers put in for him.

Everton are yet to make an official bid, but talks are expected to undergo soon. Should Sinclair join the Toffees, he will be directly competing with the impressive but inconsistent Kevin Mirallas, and cult hero Steven Pienaar for a starting place.

Fellow Premier League side Newcastle United were reported to be after Sinclair only a few weeks ago, after Sky Bet cut the odds of him to sign, but owner Mike Ashley ruled out the speculation.

With the 2014 World Cup approaching at the end of next season, the 24-year old knows he stands a great chance of making the squad if he can play on the regular and impress on the pitch.