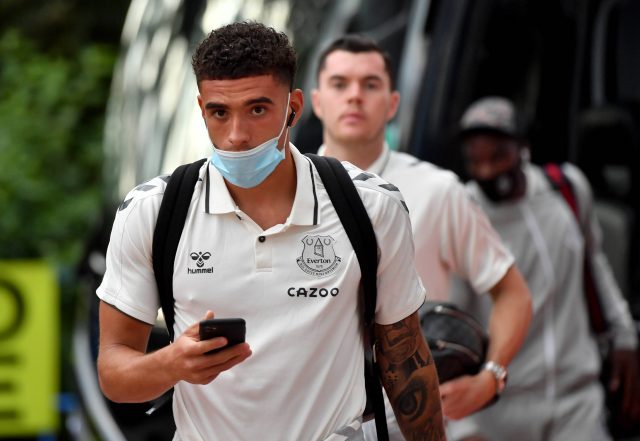 Townsend, who joined the club on a free transfer this summer after being released by Crystal Palace, has suggested that Godfrey is one player who can go to the very top.

The former Tottenham winger has impressed heavily so far, with Everton making an unbeaten start to the season. He has suggested that Godfrey is the “real deal” and that he has impressed him heavily in training.

When asked which teammate has impressed him more, Townsend told the Daily Mail:

“The one player who does stick out is Ben Godfrey.

“Obviously I played against him last season and he’s got massive potential, but seeing him on a day-to-day basis, he really is the real deal.

“Again, with a manager like Rafa who will work hard to improve him, he can really go to the very top.

“I know he was involved in the England setup in the summer and didn’t quite make the squad, but he’s a player who’s definitely going to go right to the very top sooner rather than later – and by very top I mean playing in major tournaments for England.”

Godfrey was one of the stand-out players last season for Everton under Carlo Ancelotti.

The Toffees signed the highly-rated defender from Norwich City in a £25 million deal on a five-year contract, according to BBC Sport.

Known for his crunching tackles and lung-busting runs, Godfrey has quickly become a favourite among Everton fans. He is a versatile central defender who played as both right and left-back last season for the club filling in the gaps when required.

The 23-year-old defender is yet to play a competitive game under Rafa Benitez this season having being forced to isolate, but the Spaniard will surely be looking to unleash him against Burnley on Monday night.

Seamus Coleman has picked up an injury whilst on international duty, and Godfrey can easily slot in the right-back role.