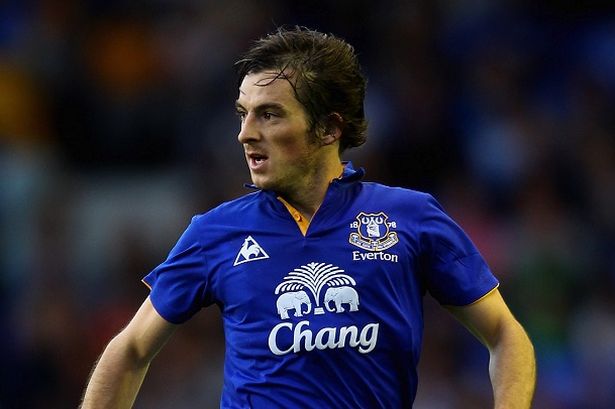 Everton maintained their unbeaten start in the 2018-19 campaign after managing a 2-2 draw against AFC Bournemouth on Saturday.

The Toffees, who went down to 10 men after Richarlison was sent off for an attempted head-butt on Adam Smith, went 2-0 ahead after the 66th minute with goals coming from Theo Walcott and Michael Keane.

However, Bournemouth, who also went a man down after Smith was given the marching orders, fought back with Joshua King driving home a penalty in the 71st minute and Nathan Ake tapping in an equaliser four minutes later.

There were a few positives from the game, but some Everton fans were left disappointed with the performance of left-back Leighton Baines.

The 33-year-old couldn’t match the intensity of the game and was dragged out of his position more than once. He also made a dreadful challenge to give away the penalty and allowed Bournemouth to get back into the game.

Baines has been a talisman figure for the club over the years, but there are signs that age is catching up. Some fans have urged Silva to drop him, and use summer signing Lucas Digne instead.

Here are some of the responses from Everton fans on Baines’s performance:

Totally agree… sooner Digne comes in the better, need to stop conceding cheap goals. Coleman had a bad game by his standards, but Baines cost us defensively

Agreed, stupid challenge and really swung the tide back in their favour

Gonna get rolled for saying it, but as much as I and others love Leighton Baines, his shocking defensive display cost us 2 points today. The penalty challenge and not closing out for the cross on the equalizer. It’s time to see what Digne can do. #EFC

Baines is a fringe player now at best as its clear that he is finished at cannot operate at this level any longer…We need quite a few changes now within this squad and dont even start me on Tom Davies as what has happened to him ? ?

Just watched it back. That is abysmal from Baines. Absolutely pathetic from a man of his experience. Clueless. #EFC ?