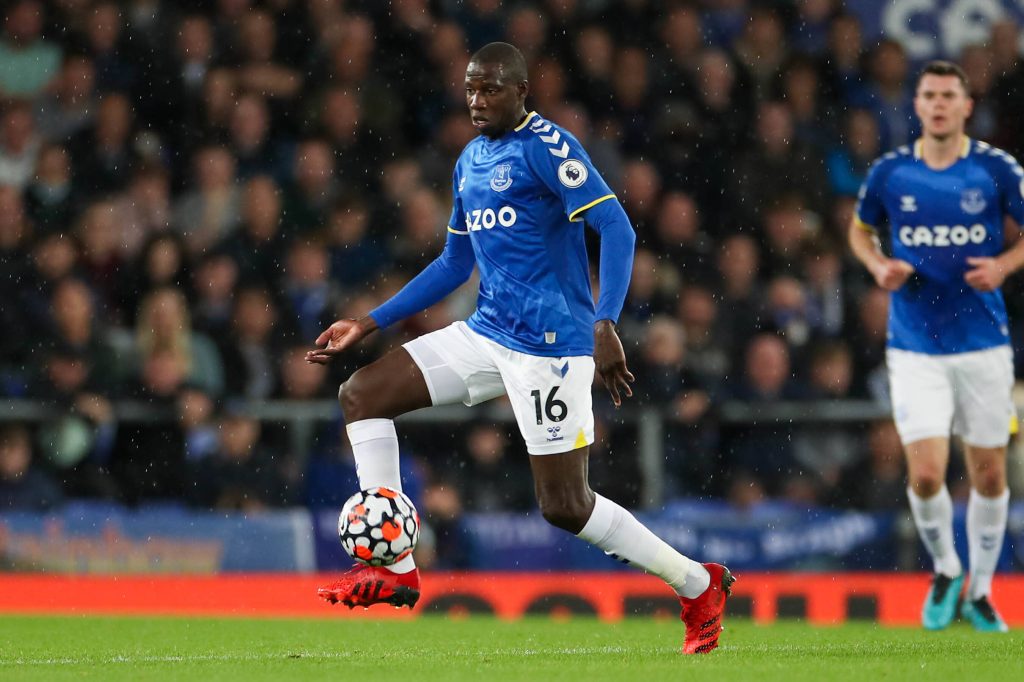 Everton maintained their unbeaten start to the season after winning against Burnley at Goodison Park on Monday night in the Premier League.

The Toffees came from behind to win 3-1 against the Clarets, with goals coming from Michael Keane, Andros Townsend and Demarai Gray.

Many Everton fans took to Twitter to express their reactions to the performance of Abdoulaye Doucoure who was outstanding on the night.

The former Watford midfielder provided the killer pass for Gray in the build-up to the third goal. He also got a chance to score in the first half as well.

Sky Sports pundit, Jamie Carragher, reacted to the superb pass from Doucoure on Twitter. He wrote:

What a pass from Doucoure! 3-1 #EVEBUR

The 28-year-old has been absolutely brilliant this season under Rafael Benitez. The Spaniard has given him the liberty to join up the attack and he is relishing the new box-to-box role.

Here are some of the reactions from the Everton fans on Twitter:

Rafa has turned Doucoure into an absolute monster of a midfielder. Our best player so far this season for me pic.twitter.com/s3S3Dsocw6

Abdoulaye Doucoure btw. Said since he joined he was a really good player. Last four games have proved my right. Our midfield looks tonnes better this season.

Abdoulaye Doucouré like a new player this season. Gone up a level.

That one substitution proves how important it is to set-up to play to player’s strengths.

Gomes came on and it gave Doucoure licence to take up positions further up the pitch and that changed the game.

Ineffective to effective with one tweak as Doucoure found the best space.

Goodison under the lights is special. Doucoure second half outstanding. 3 at the back is not a very everton formation we've never been very good at playing it. Another win onto villa now #UTT 💙 pic.twitter.com/GR7TlVzZ1j

Doucoure is a machine. He always seems to get stronger as games go on. As others tire, his fitness levels mean he just overpowers the midfield later in games.

MOTM Shouts Blues? Gray is in with a shout again, absolutely brilliant from start to finish even in the first half! Allan and Doucouré were excellent in the second half, Mina and Keane also but it’s got to be Andros Townsend. A brilliant assist and an absolute wonderstrike! #EFC

Doucoure was impressive last season under Carlo Ancelotti but where he has really improved is in his final output. This season, he has managed one goal and three assists already.

He made one shot and two key passes during the game. At the same time, he had put in his customary defensive shifts, managing two tackles and three interceptions.

As a result of this win, Everton have now jumped to fourth in the table, sharing the same points with Manchester United, Chelsea and Liverpool.