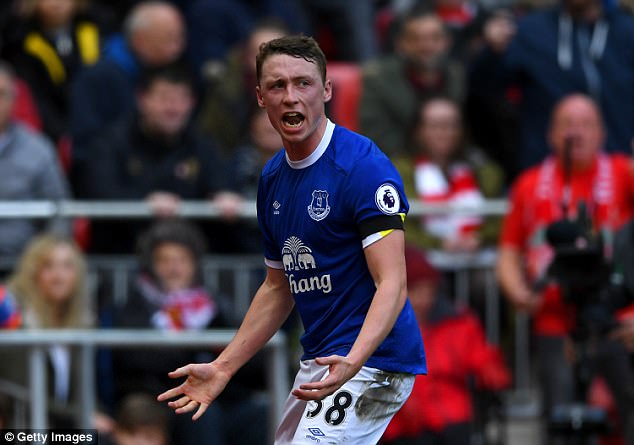 Everton have agreed on a deal with Leeds United for the loan transfer of the highly rated young defender Matthew Pennington.

The 22-year-old defender finalised his move to the Championship yesterday evening according to the reliable Liverpool Echo. Pennington flew to Austria yesterday to complete his loan move.

Pennington will now look to continue his development with regular first team football at the Championship club. At this stage of his career, he needs to play regularly and the arrival of Michael Keane has pushed him down the pecking order at Goodison.

The young defender made three appearances for the first team last season and his goal against Liverpool in the Merseyside derby remains the highlight of his Everton career so far.

The likes of Hull were interested in the young defender as well but Leeds United have acted swiftly to secure his services.

Everton will be hoping that the youngster can use this opportunity to improve and return as a better player next summer. The likes of Jagielka and Williams are on the decline and if Pennington can continue his development, he has a good chance of forcing his way into Koeman’s first team plans in the near future.