Everton boss confident ahead of visit to the Etihad 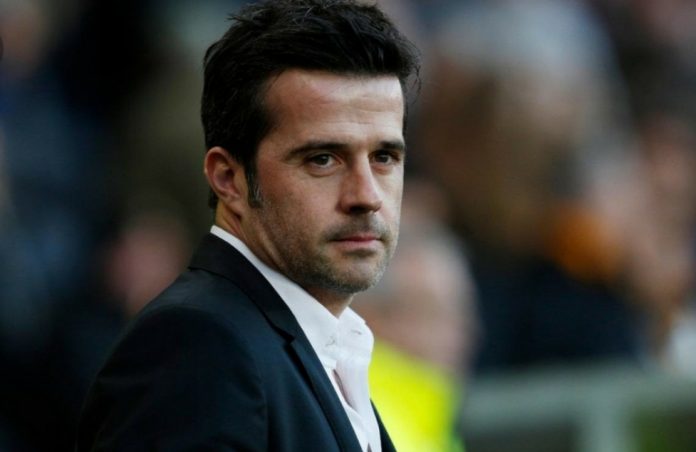 Everton manager, Marco Silva, is confident The Blues can cause Manchester City problems in tomorrow’s Premier League clash at The Etihad.

Everton face a difficult task against a city team who have won all of their home league games this season.

The Toffees have failed to win in their last three league games, but were extremely unlucky to lose to a very late goal at league leaders, Liverpool.

“We know City are a good team, with a very good manager. It is a challenge, but our players have shown they like this type of game”.

The ex-Watford boss will be well aware of any weaknesses City have. The Sky Blues suffered their first league defeat of the season at Chelsea last weekend.

Silva will have analysed that game, and may set up his side to frustrate the hosts. Everton have shown they’re capable of competing against the big boys this season. A narrow 2-1 defeat at Manchester United, was followed by a 0-0 draw at Stamford Bridge. Then came the luckless 1-0 loss in the Merseyside derby.

Idrissa Gueye is the only doubt for the match. The Senegalese midfielder suffered a knock in last Monday’s dramatic 2-2 draw with Watford at Goodison.

Silva also gave an update on Andre Gomes. The Portuguese Internatonal has been the subject of speculation linking him to a summer move. The 25-year-old is on loan from Barcelona until the end of the season. Silva refused to be drawn on the issue, suggesting talks will take place in the future. He said:

“It does not affect us. When you have good players in your squad it is normal for other clubs to look at them. At the right time we will talk about the situation”.

Getting a result at City

Everton are capable of getting a result at the Etihad. What they must not do is to let City dictate the pace of the game of the game. Up against one of, if not the best strike forces in the Premier League, that’s easier said than done. However, The Toffees must stay patient, and the longer they can frustrate Pep Guardiola’s men, belief will grow. Chelsea proved last week that City can be broken down. Set-pieces could prove the key to unlock the hosts.