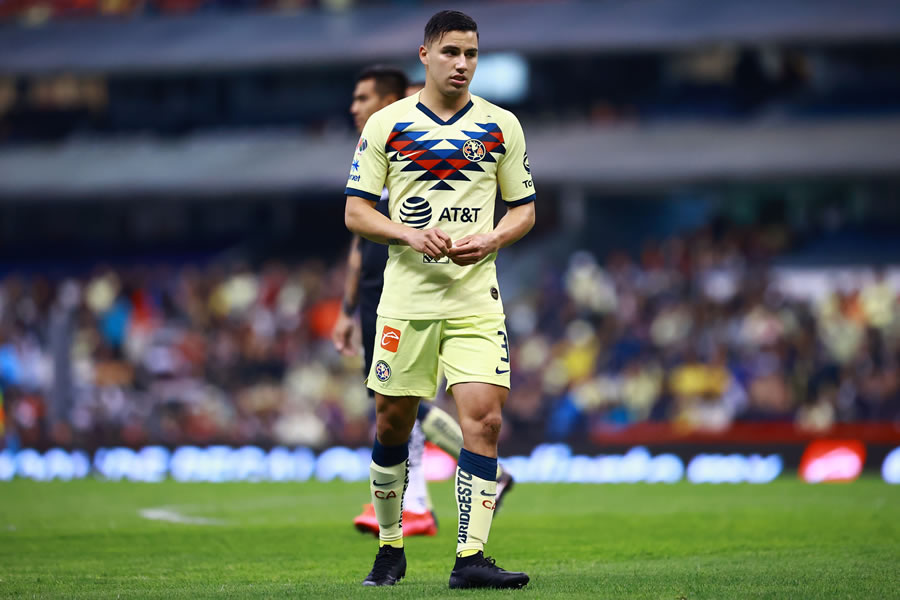 The Mexico international has been with Club America since 2018, registering 112 appearances across all competitions.

Sanchez is currently with his country at the Olympic Games in Tokyo, where he has impressed in their run to the semi-final stage.

It is now reported that the Everton are keen on landing his signature as they look to bring in a new right-back this summer.

However, they could face competition from Premier League rivals Tottenham.

The Toffees utilised Seamus Coleman, Ben Godfrey and Mason Holgate in the right-back position during the previous campaign.

However, Godfrey and Holgate are specialist centre-backs while Coleman is no longer in the prime of his career despite being handed a new deal.

The club have been actively in the pursuit of PSV Eindhoven’s Denzel Dumfries, who was superb for the Netherlands at the Euros.

However, they have failed to strike an agreement for the Dutchman, and now appear prepared to look elsewhere for a new signing.

Sanchez has impressed with his all-round play at the Olympics. Two of his four appearances have come from the left-back spot.

The versatility could be a potential reason behind the Toffees’ pursuit. Sanchez could be brought in as a long-term successor to Coleman.

Elsewhere, Spurs also have adequate cover at right-back, but the situation could change between now and the end of the transfer window.

Japhet Tanganga has been fancied to leave on loan, while Serge Aurier has previously been vocal about his desire to pursue a new challenge.

Matt Doherty could be the first choice option next term, having worked successfully under Nuno Espirito Santo at Wolverhampton Wanderers.

If both Tanganga and Aurier leave, Spurs could swoop for a new right-back. Sanchez could emerge as a potential candidate to fill the void.