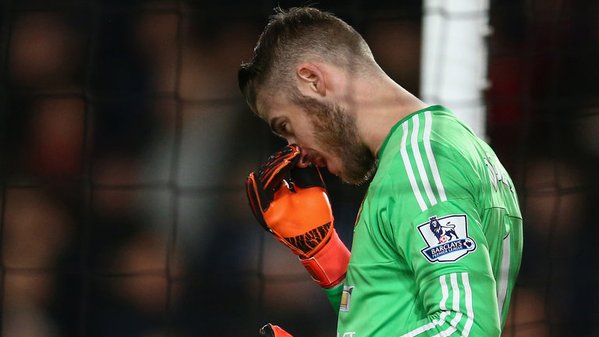 The dream run continues for Leicester City as the Foxes move to the top of the Premier League, after earning a 2-1 victory over Chelsea on Monday night.

A late goal from Iheanacho took Manchester City to the top of the Premier League table, as the Citizens beat Swansea City 2-1 at the Etihad Stadium.

Elsewhere, Crystal Palace earned a slender 1-0 win over Southampton, while Watford picked up a valuable win against Sunderland.

Romelu Lukaku scored in seven consecutive games to give Everton the lead but Norwich fought back to level 1-1 at Carrow Road. 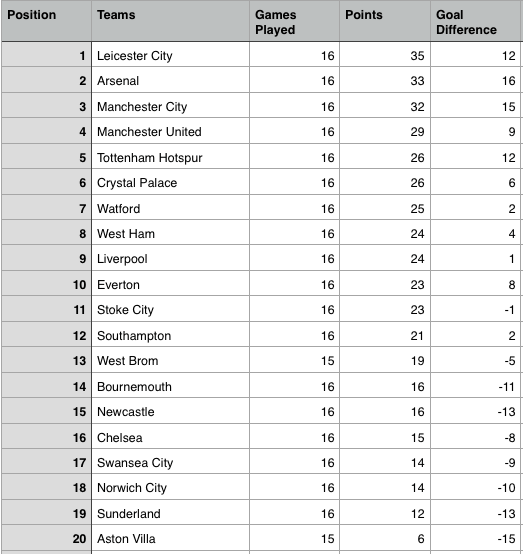 Champions Luck for Manchester City? It always feels good when you score late goals to win matches. It reflects your winning mentality, drive and hunger to seal full points. Gomis looked to have snatched a point for the visitors, when he scored in the 90th min, but City showed qualities of a champion side, and grabbed the winner in the 2nd minute of extra time. Yaya Toure’s shot deflected off Kelechi Iheanacho leaving Lukasz Fabianski no chance of saving that.

Dire performance from Manchester United Okay, Louis van Gaal didn’t have enough options in defence, but the decision to omit Ashley Young, who did well in fullback roles in the past is still baffling. Apart from Fellaini, not a single United player looked threatening upfront. Bournemouth completely dominated the second half and earned a famous victory in front of their home crowd. It was really shocking to see United defending so poorly against set pieces. Quite obviously United fans are frustrated with the kind of football being implemented – seriously, when did they become so boring to watch?

Unstoppable Romelu Lukaku While English media have gone crazy with Jamie Vardy this season, and rightly so, Everton’s Lukaku is doing a marvellous job for his club, silently. The 23-year-old Belgian striker has scored 15 goals in all competitions for Everton this season, and has been in rich vein of form in the last two months, managing eight goals in last seven games for the Toffees.

Celebration? No it was thanksgiving – Jurgen Klopp took his team towards the Kop to acknowledge the support of the fans after Liverpool drew 2-2 against West Brom on Sunday at Anfield. The act was criticised and mocked by a section of fans (mainly the opposition fans) and some respected journalists. Why would a team celebrate in front of their fans after a draw? Well, little they knew, it was not a celebration at all. It is a common tradition in Germany (Klopp being a German & accustomed with the tradition of Borussia Dortmund) where fans are given respect for their support. Klopp himself admitted after the match that it was the best atmosphere he witnessed since he joined Liverpool.

Olivier Giroud’s purple patch – The French striker is enjoying a good spell of form at the moment. He has been inconsistent this season early on but looks to have found his mojo back, having scored six goals in his last six games.