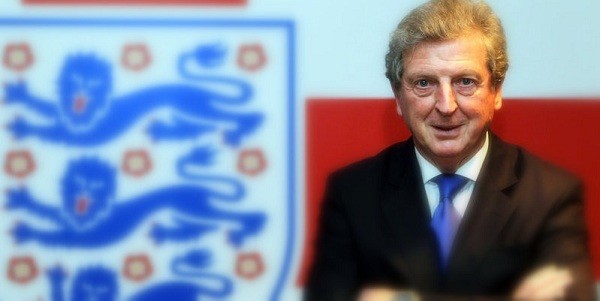 The wake of a friendly is a difficult time to assess the depth of England manager Roy Hodgson’s options. He awarded six debutants their first caps against Sweden this month, but hasn’t named a full competitive squad for a few weeks so it’s tough to make assumptions about his thinking.

It is based on the following: recent squads, current form, short- and long-term prospects and any relevant media comment from the England manager. Please note that all of those factors are applied through the filter of my opinion; this is not a statistical or necessarily accurate representation, just an idea of where I believe the England squad might be. I welcome sensible debate as a result.

Celtic’s Fraser Forster remains on the fringe, but only just – it was little more than the toss of a coin between him and Jack Butland, in whose place Forster has featured in the last couple of England squads.

The former Newcastle United goalkeeper has not yet been confirmed as third-choice in a competitive squad (Butland’s initial absence allowed him to play in crucial games for the Under-21s), so the next selection will define his place in these rankings.

Scott Carson has been dropped from the list. The emergence of Butland and Forster’s form for Celtic being recognised have nudged him even further down the pecking order and it’s difficult now to consider him to be part of Hodgson’s plans.

Tottenham Hotspur’s Steven Caulker has been nudged up to ‘In’ on the basis of frequent selections and a first cap in Stockholm. Hodgson is clearly an admirer of the former Swansea City loanee, who looks to be about to establish himself alongside Gary Cahill, Joleon Lescott and Phil Jagielka as England’s options in the middle of the defence.

Ryan Shawcross of Stoke City has also been moved up a level and is now in the ‘Fringe’ category. He also made his debut against Sweden, but like Forster it is not certain that he makes a fully fit competitive squad despite featuring in the last couple.

Manchester United youngster Phil Jones has returned from the injury that has kept him out since September and is back into the rankings as a ‘Fringe’ player. Again, we don’t know what Hodgson’s plans for him might be, and he could easily be called straight back in for the Brazil friendly in February.

Jack Wilshere’s return seems likely to spell bad news for Michael Carrick. The Arsenal midfielder was selected in Hodgson’s last England squad despite being in the early knockings of his work towards match fitness, and is undoubtedly seen as England’s great hope. Carrick, meanwhile, has dropped back into disappointing form – at least for England.

Tom Huddlestone, for my money, is still not in the picture for a competitive fixture squad. The Tottenham Hotspur man was a surprise late call-up for the Sweden friendly, but the list of competition facing him in the ‘Fringe’ category says a lot about his future prospects.

Liverpool pair Jonjo Shelvey and Raheem Sterling are making waves for England in their own ways, and are without doubt in Hodgson’s plans. But it’s a former Everton man who sticks out like a sore thumb in the group of fringe players: Jack Rodwell is now at Manchester City and could end up being a forgotten man for England if he remains out of the squad and Wilshere progresses in his absence.

What an uninspiring bunch. Danny Welbeck is just about the most exciting player in a rather flat selection, with Wayne Rooney’s England contribution increasingly difficult to pinpoint even though it’s clear he’s a player we are completely toothless without. Daniel Sturridge’s form remains a worry, but he still figures in Hodgson’s intentions for the time being.

I don’t really know why I’ve got Rickie Lambert on the list. To be honest, we all know he’s not in the frame – I just think he probably should be. Wilfried Zaha’s picked up his first cap now and joins the list but only as an outside prospect. I don’t think he’ll feature in England’s next qualifier, for example. Ahead of him in the pecking order, interestingly, is Celtic’s Gary Hooper. He was due to be called up before Zaha found his way in.

There we have it for November. As always, this is completely one-eyed and biased, so I’m keen to hear where you’d choose differently.

Chris Nee is the author of The Stiles Council, a website about the England national football team, and hosts the Aston Villa Review podcast.