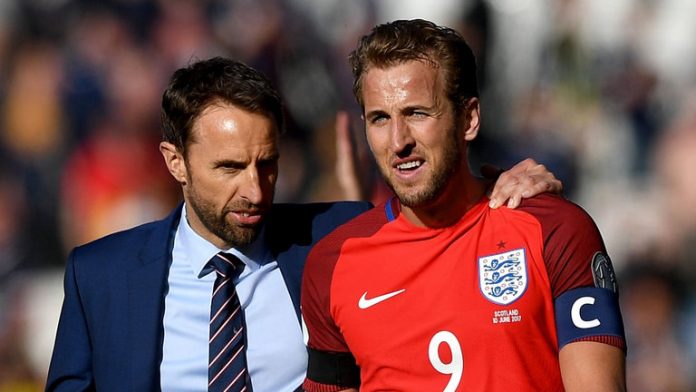 Bookmakers have made England 14/1 outsiders to win the World Cup in 2022 after the Three Lions came up just short in Russia. Gareth Southgate’s men put in a valiant effort and they made it all the way to the semi-finals, only to suffer heartbreak as Mario Mandzukic fired in an extra-time winner for Croatia. But they can return home with their heads held high and optimism abounds among fans after witnessing evidence of serious progress. They proved they can win a penalty shoot-out and they played with more energy, dynamism and cohesiveness than we have seen for many a decade.

Yet there is clearly a way to go before England can challenge the world’s best teams. They ran out of steam against Croatia, who were expertly butchered by France in the final, and they then slumped to a 2-0 defeat against Belgium in the bronze medal decider. Eden Hazard, Romelu Lukaku and Kevin De Bruyne played with flair, composure and maturity as they pulled England apart in that game. They are now Premiership veterans and their performance was unsurprising to anyone that watches Chelsea, Man Utd and Man City on a weekly basis.

But four years is a long time and there is plenty of scope for England’s young players to develop such composure and technical maturity. This as the third youngest Three Lions World Cup squad in history, and they should all still be going strong in 2022. By that point, the likes of Harry Kane, Dele Alli, Raheem Sterling and Jesse Lingard could step up to another level. Harry Maguire, John Stones and Kyle Walker can continue developing a strong understanding with one another. Jordan Pickford’s potential is vast and Jordan Henderson has a lot of life left in him, while Kieran Trippier will only grow in stature.

Ashley Young will probably retire by then, but Trent Alexander-Arnold looks like a phenomenal prospect. Alex Oxlade-Chamberlain could provide further energy and industry, while Adam Lallana may come back strong. There is also a raft of emerging talent that will vie for places in the squad. England’s under-17 and under-20 teams won youth World Cups in 2017, while the under-19s won the European Championship. Rhian Brewster, Phil Foden, Ryan Sessegnon and Jadon Sancho are among the budding superstars that can provide the current crop with stern competition for a starting berth at the 2022 World Cup.

The future looks extremely bright for England, but their rivals are also looking strong.
Well-reviewed betting websites have made Brazil the favourites for 2022 glory, and the samba boys could respond well to conditions in Qatar, but France are the ones to watch out for. They took a young squad to Russia themselves and they ended up breezing to victory. Kylian Mbappe will only get better, and the likes of Ousmane Dembele and Nabil Fekir look to have immense potential. Raphael Varane and Samuel Umtiti can form the backbone of a great team for years to come, and N’Golo Kante and Paul Pogba should still be going strong by 2022.

Yet it is very difficult to successfully defend the World Cup, and nobody has done it since Brazil in 1962. Brazil, Spain, Germany and Belgium will all rally, but England’s future looks arguably brighter than any of those countries. If France cannot repeat their success, the Three Lions could well emerge victorious in Qatar. It is refreshing to enjoy such a strong sense of optimism surrounding the national team, and they should continue to flourish under Southgate’s strong leadership. Eventually football should come home and it could actually be as soon as 2022.