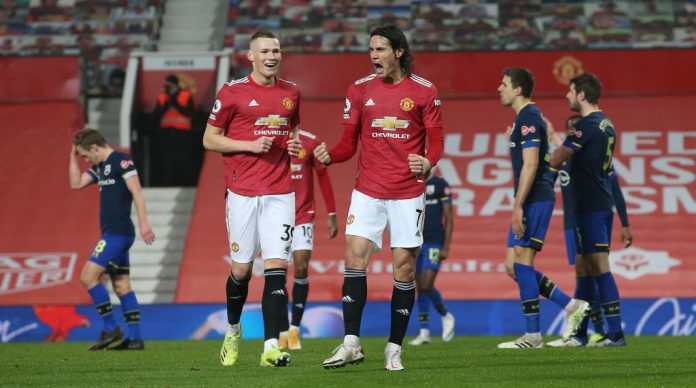 The Red Devils continued their poor league record against the ‘Big Six’ this season with a fifth goalless draw in seven meetings (two losses).

Cavani’s physical and aerial presence was missed against an organised Blues backline and following the game, he sent a message for the club’s faithful.

The Uruguayan has missed the last four games in all competitions with a calf problem, but emphasised that he is ‘eager to come back soon‘ through his Instagram account.

Ole Gunnar Solskjaer’s side produced another average league display against a ‘Big Six’ opposition, recording their fourth straight draw in such games.

The Red Devils were denied a penalty for a hand ball from Callum Hudson-Odoi and the decision was justifiable, given the close proximity of the attacker to the ball.

They had only four attempts to test goalkeeper Edouard Mendy, but all of them were directly at him and it was a relatively comfortable game for the Senegalese.

The club’s next league match will come up against Crystal Palace at Selhurst Park on Wednesday night.

It may not be a straightforward game as the Eagles have picked up seven points from their previous five meetings.

Prior to yesterday’s game, Solskjaer revealed that Cavani had not trained and it remains to be seen whether he is available for the south London trip.