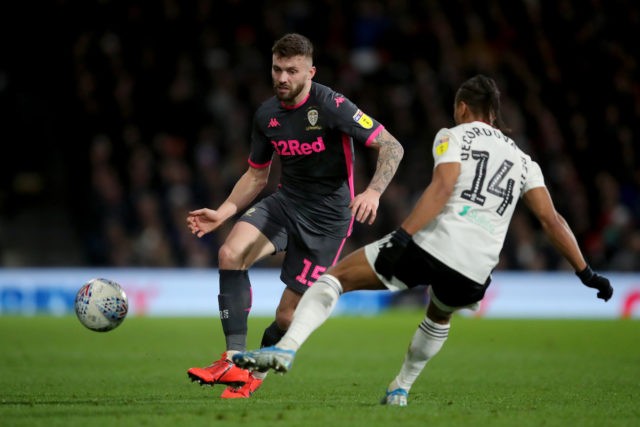 Football in England has been postponed till April 3rd due to the Coronavirus outbreak, and there is concern that the league may not resume after that stipulated period. Also, there is a slim chance that the league could be declared ‘null and void’ if the virus outbreak continues for a long period.

Leeds sit seven points clear of the play-off places in the Championship and the Whites have a golden opportunity to return to the Premier League after long years of absence.

After a mini-slump in form, Leeds have returned strongly in the league and have secured five wins in a row. In that period, they have not conceded a single goal.

Ayling scored a superb goal during that run-in, while Dallas has looked like one of the contenders for the player of the season. Gray has showered heaps of praise on Dallas, saying the 28-year-old is enjoying his best football since he joined the club in 2015.

“The two players that have impressed me most – you always talk about Pablo [Hernandez], and your creative players – but the two players I think that have got on top of their game and are driving the team on are the two full-backs: Luke Ayling and Stuart Dallas,” he told LUTV.

“I think Stuart Dallas is playing the best football he’s played since he came to this club. I think Stuart’s suited to that position, coming from behind the play.

“I know he started as a wide player, he’s played in midfield. But to me, his best position is either playing at left-back, right-back or right wing-back or left wing-back.”

Dallas is arguably one of the consistent performers for Leeds this season along with the likes of Ben White, Kalvin Phillips and Jack Harrison.

With nine games to go, anything can happen, but if Leeds can pick up the form where they left off, there’s no reason to believe why they can’t secure promotion to the Premier League.