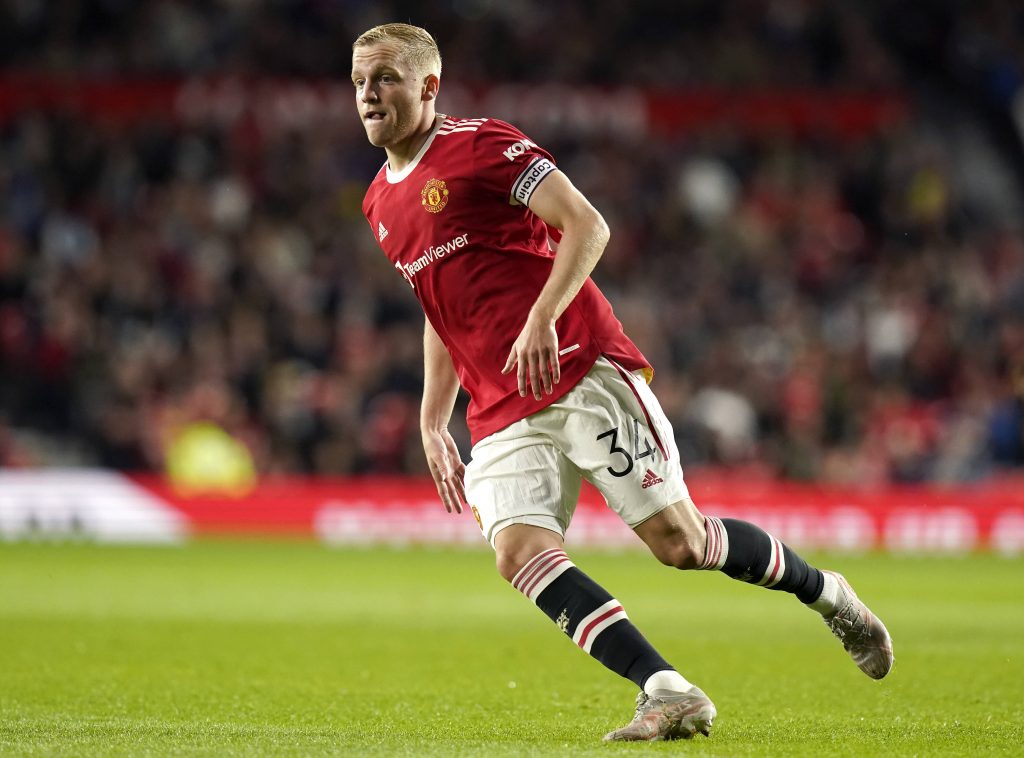 Donny van de Beek has been described as a ‘man on a mission’ this summer, according to The Telegraph.

The Dutch international is ready to prove himself at Old Trafford and break into Manchester United’s first team.

After a bitterly disappointing first season where he started just four Premier League games, the 24-year-old is eager to make an impact.

Van de Beek was ruled out of Holland’s squad for the European Championships with a groin injury.

He took a two-week holiday to clear his head and recharge his batteries and came back intending to be much better equipped to deal with the pace and physicality of England’s top flight.

The pictures of a new, more physically imposing van de Beek have caused quite a stir among United fans.

💪 Donny van de Beek has been putting the gym work in over the summer #MUFC pic.twitter.com/rqeH6kFB6Y

The midfielder has been working hard in pre-season and has bulked up significantly.

His mid-morning sessions involved an hour’s intensive gym work to improve core strength and stability through weights and other exercises tailored to his needs.

Van de Beek is a versatile midfielder who can play in multiple positions.

With Solskjaer reportedly opting to play a more attacking 4-3-3 rather than a 4-2-3-1 formation, he can benefit from this change.

Kieran McKenna telling Van de Beek to move higher when United have the ball. #mufc started in 4-2-3-1 but more of a 4-3-3 when they've got the ball, with Matic holding. Overwhelmed Everton so far.

In the recent pre-season friendly against Everton, van de Beek produced a performance of the highest quality alongside Nemanja Matic and Bruno Fernandes in a midfield trio.

While the future of Paul Pogba remains unclear, United already possess a top-quality replacement in van de Beek, who can slot right into the team.

Elegant on the ball, he possesses elite vision and movement to facilitate the build-up.

The Dutchman will be desperate to break into Ole Gunnar Solskjaer’s plans and stamp his authority in the team.